The astute reader will note that I did not post about the release of Exchange 2010 SP3 RU4 since that was a security release and contained only the security update in addition to SP3 RU3.

Update:  17-3-2014 Please also see this article KB 2925273  Folder views are not updated when you arrange by categories in Outlook after you apply Exchange Server 2010 Service Pack 3 Update Rollup 3 or Update Rollup 4 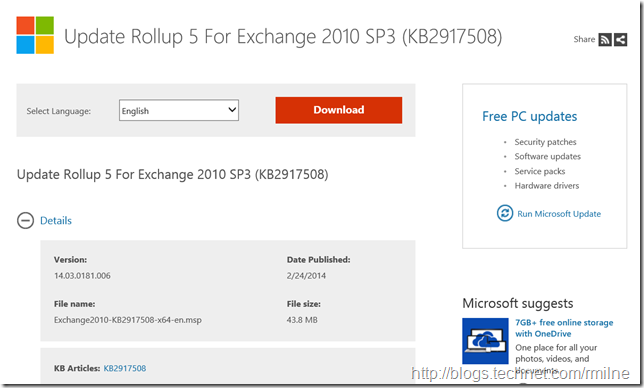