When I was in Seattle for some internal training in January, one of the chaps delivering a demo used a feature that I wish I’d known about previously.   When he was demonstrating some of the update mechanics for Office Pro Plus he immediately skipped to the correct portion of the registry by using a shortcut feature in Registry Editor.

Yes, there is a favourites bookmark feature!

Update 6-9-2014: Link to other post on sharing this between machines is here

When you open up Registry Editor, and yes I still compel myself to use regedt32.exe  rather than regedit..exe (those NT habits die hard…..).

Look along the top, and you will see a favourites menu.

To add a key to the favourites, highlight it, and then choose “Add To Favourites”.  In the case below we are adding the Exchange 2010 MSExchangeAB key as a favourite.

This allow me to easily come back, and skip directly to the section in the registry that controls how the Address Book service is configured.

Now all I have to do, is to select the MSExchangeAB entry from the Favourites menu and I get instantly teleported there – nice!

I’ve also added the MSExchangeRPC key as we typically either set both to static in Exchange 2010 enterprise deployments.

One of my AD colleagues (thanks Pierre!) mentioned that he had a Windows 2000 DC running, so I asked him to check for the feature there, and yes it was present way back in build 2195! 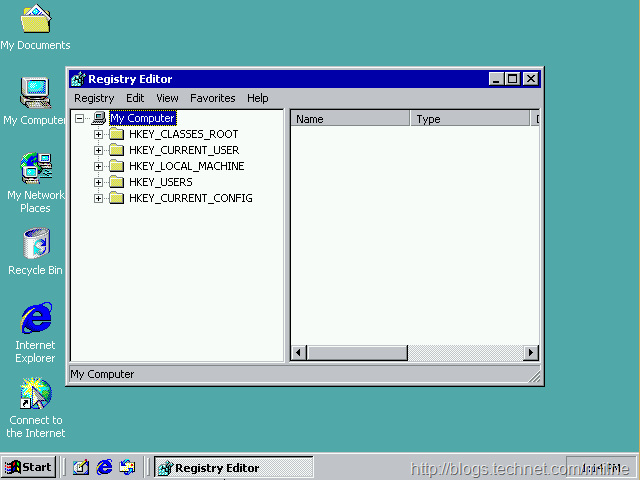 Just for  a giggle, this is the Start screen from a Windows Server 2012 R2 server.  I’m searching for regedt32.exe 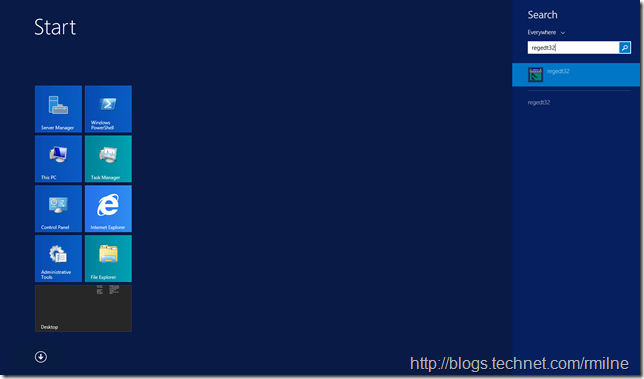 And when we zoom in on the upper right hand portion of the screen, its the old school NT registry editor icon. 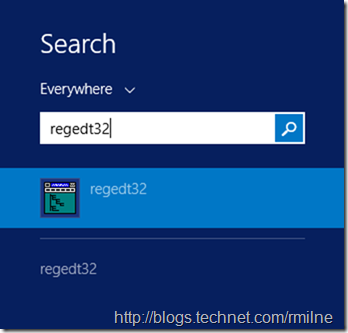 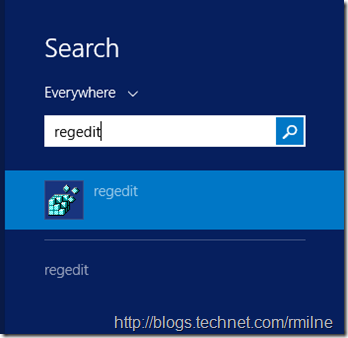