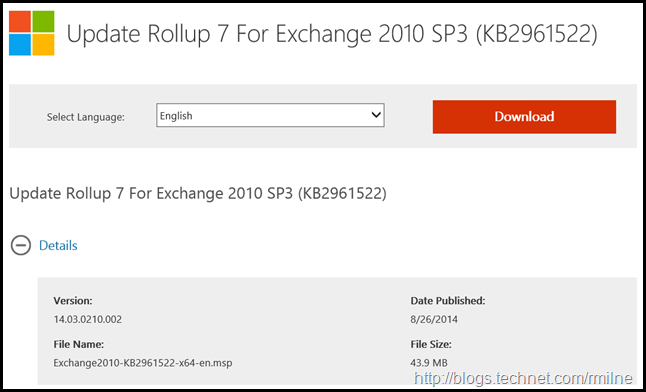 Note that this is for the Service Pack 3 branch of Exchange code.  Why?  Exchange 2010 SP2 exited out of support on the 8th of April 2014 and will no longer receive updates.