After upgrading an Exchange 2013 CU8 lab to CU9, the Set-Mailbox cmdlet did not present the expected options to configure sent items for shared mailboxes.

This was a little puzzling as this was an expected feature of Exchange 2013 CU9.  None of the issues in the 6 common CU install mistakes were made.  Let’s take a look to see what's going on.

This lab consists of three servers.  One Windows 2008 R2 DC,  an Exchange 2013 CU8 CAS server and an Exchange 2013 Mailbox server.  This was a pre-canned lab which is why the roles are split out.  Please note this is not a recommendation to split roles.  Splitting roles goes against the Exchange Preferred Architecture.

Using one of the methods in this post, the starting AD Schema version information is shown below: 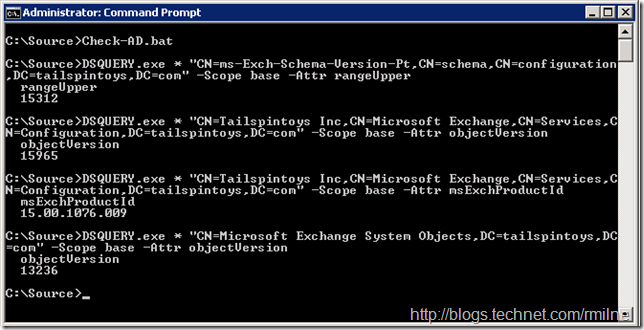 The above demonstrates Exchange 2013 CU8 was already deployed.  Exchange 2013 Schema information can be verified here.  The account used to perform all of the steps is the built in domain admin account.  This is  a member of domain admins, schema admins and enterprise admins so we should not run into any permission related issues.  The account is shown below: 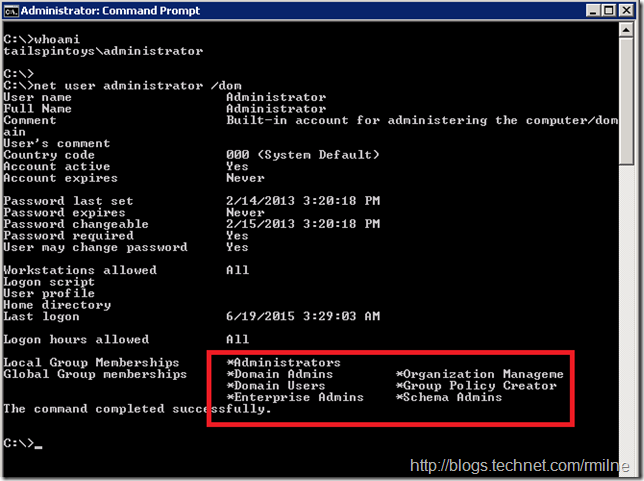 Now we know the starting point, let’s start the upgrade to Exchange 2013 CU9….. 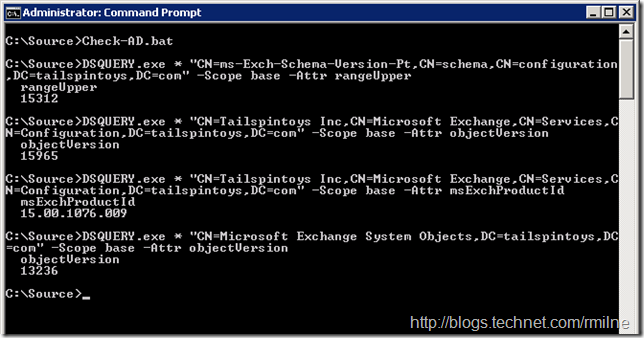 The values returned are the same as before since Exchange 2013 CU9 does not have any schema changes compared to CU8. Your situation may be different, and you need to compare the version information here.

Let’s upgrade CU8 To CU9 on the Exchange server’s themselves.  The mailbox upgrade screenshots are shown first, followed by the CAS server.  The upgrade syntax used is below: 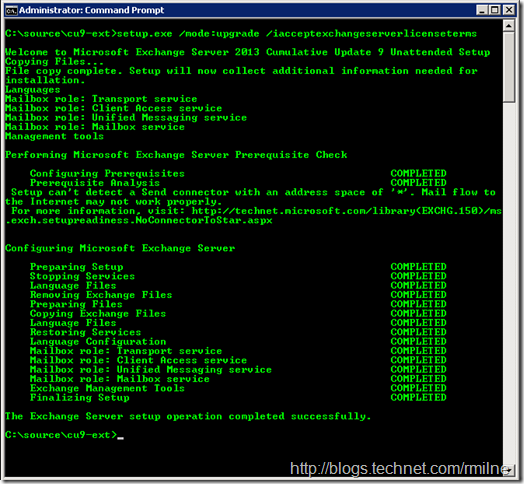 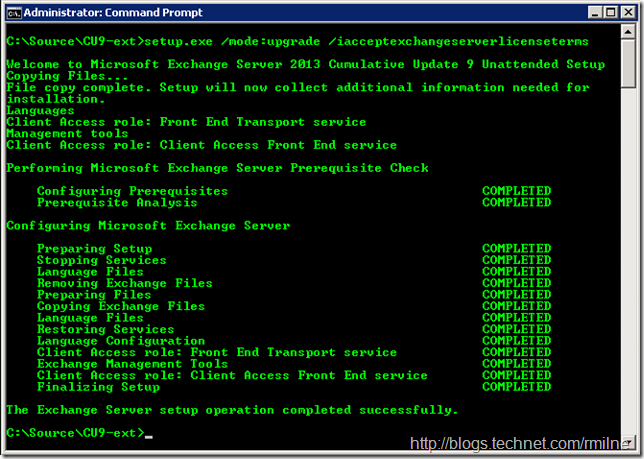 The CU9 upgrade completed successfully and in PowerShell we see that both Exchange 2013 servers are now at the CU9 build, this is highlighted below:

Much simpler than checking Exchange 2007 and 2010 version information!

Both servers were restarted to complete the upgrade.

Depending upon which previous version of Exchange 2013 you are upgrading from, this issue may or not occur.  Exchange 2013 CU9 does not appear to perform all of the necessary steps for PrepareAD if there a couple of specific issues.

To address the issue, please explicity run the PrepareAD command from an elevated cmd prompt: