Exchange 2016 CU5 has been released to the Microsoft download centre!  Exchange 2016 has a different servicing strategy than Exchange 2007/2010 and utilises Cumulative Updates (CUs) rather than the Rollup Updates (RU/UR) which were used previously.    CUs are a complete installation of Exchange 2016 and can be used to install a fresh server or to update a previously installed one. Exchange 2013 has the same servicing methodology. 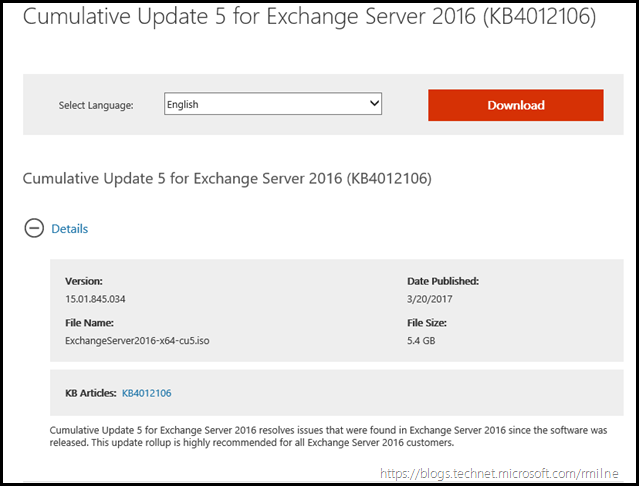 Note that CU6 will have changes and improvement to TLS, specifically TLS 1.2.

CU5 has some issues which could not be addressed prior to release.

Fixes for both issues are planned for CU6.