What happens if this AD DS requirement is not met?  Example is below.

For the AD DS aspect of the lab, the Active Directory Domain Functional Level (DFL) and Forest Functional Level (FFL) are both set to Windows 2008.  We can easily verify this by looking at the properties of the domain in domain.msc and also by PowerShell. 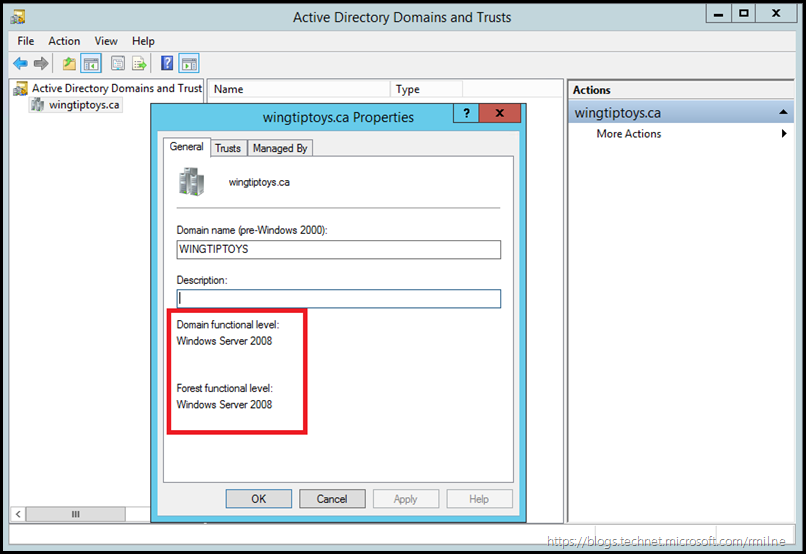 Feel free to use whichever method you prefer, there are many more.

For those wondering why this is also checking for the DFL when the FFL requires at least the same level function level for all domains in the forest there is a reason.  While we could look at just the FFL to ensure that the Forest Functional requirement is met, the domain command was added for those who may need to check which domains were not set to an appropriate level thus blocking the overall FFL.  If you need to raise or modify any of these settings, make sure to follow your normal change process…

TopTip: If you have to ask yourself  if a change requires approval, then the answer is inevitably yes!

If we attempt to run the Exchange 2016 CU7 setup with the FFL set to Windows 2008 you will be a lucky recipient of the error below.  This will occur not only when trying to update/install a mailbox server, it will also error out when running /PrepareSchema. 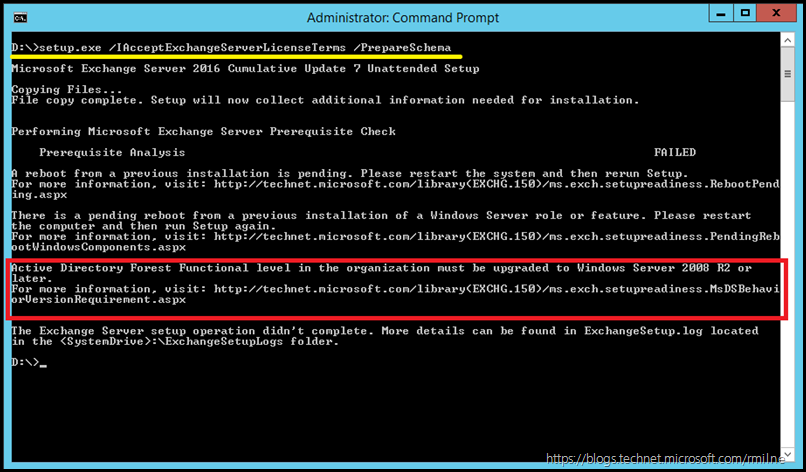 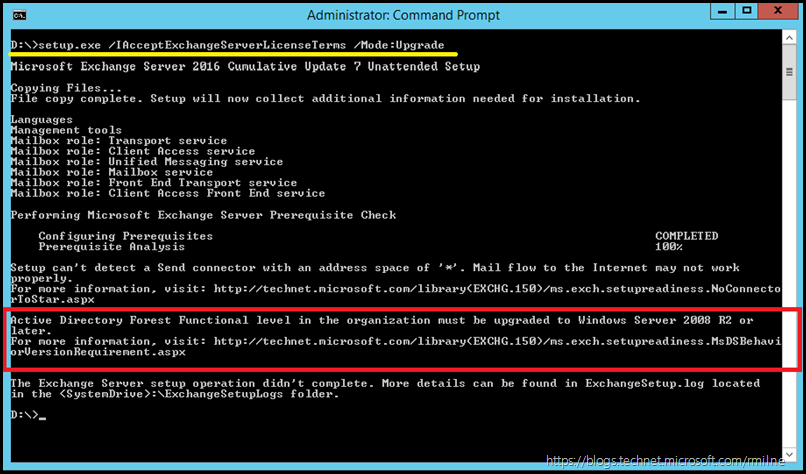 Active Directory Forest Functional level in the organization must be upgraded to Windows Server 2008 R2 or later.
For more information, visit: http://technet.microsoft.com/library(EXCHG.150)/ms.exch.setupreadiness.MsDSBehavi
orVersionRequirement.aspx

The Exchange Server setup operation didn’t complete. More details can be found in ExchangeSetup.log located
in the <SystemDrive>:ExchangeSetupLogs folder.

The same will be found in the Exchange server setup log file which is in C:ExchangeSetupLogs.

The help URL can be found here on TechNet.