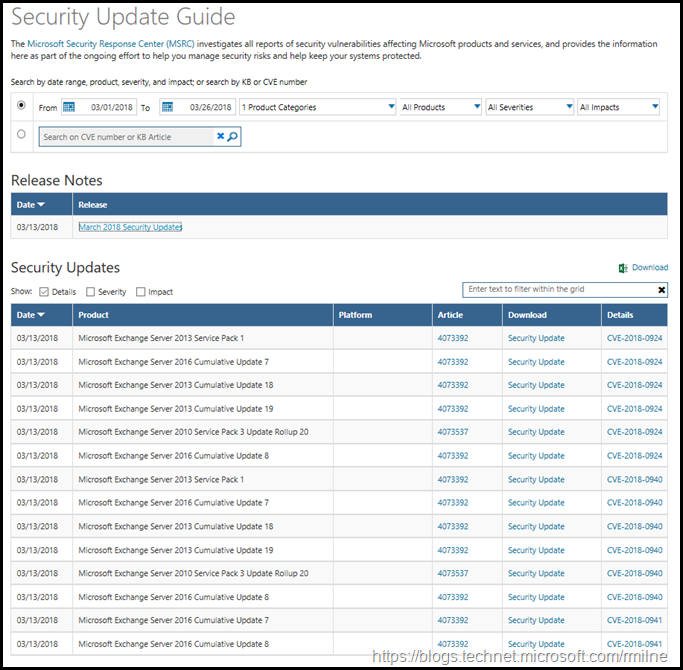 Drilling into the table shows that updates are available for all supported versions of Exchange.  Exchange 2007 exited out of extended support in April 2017, thus is not listed in the table.

It is worth reviewing the different versions of Exchange to note how the security fixes are delivered and thus how they are to be applied.

Exchange 2010 is serviced by releasing a new Rollup Update (RU).   These security fixes are delivered in Exchange 2010 SP3 RU20. 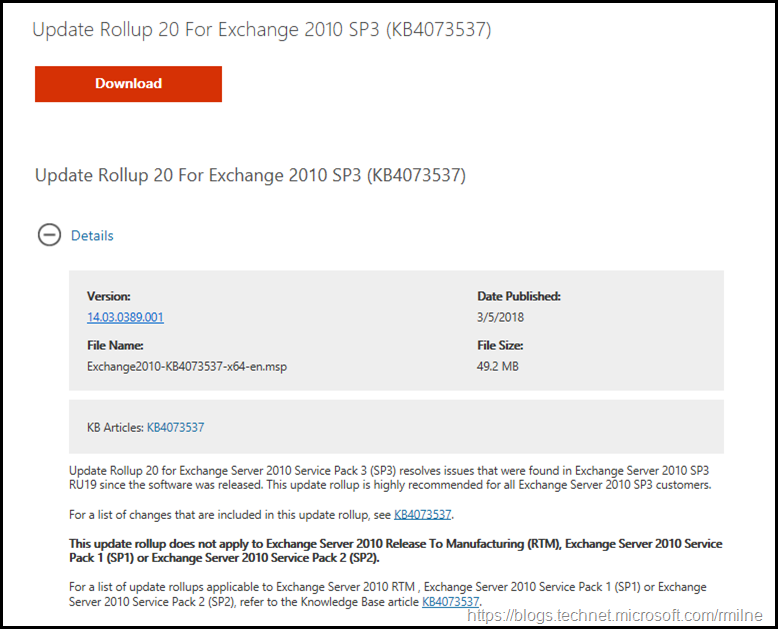 Please see the installation notes at the bottom of this post.  There are also known issues listed in KB 4073537.

Separate security updates are available for Exchange 2013 SP1 (CU4), CU18 and CU19.  If you are running one of these CUs, then you can download and install the security update from KB 4073392.  In reality though CU4 is a very dated release and you really should be on a current build of Exchange. 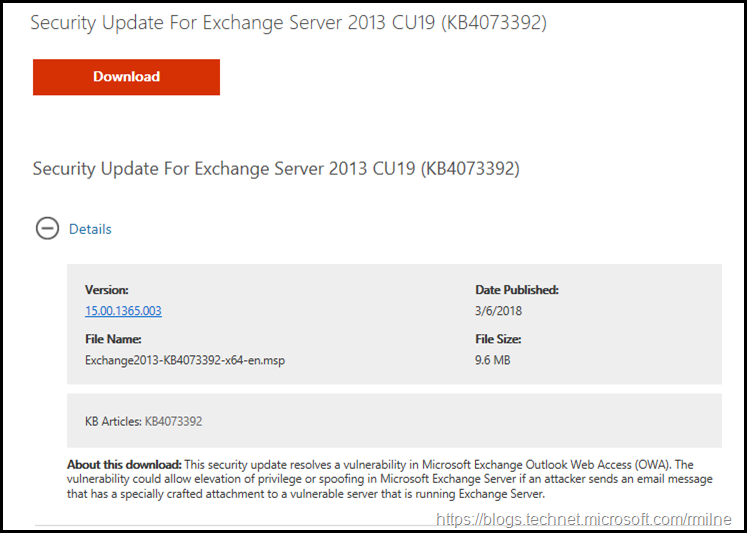 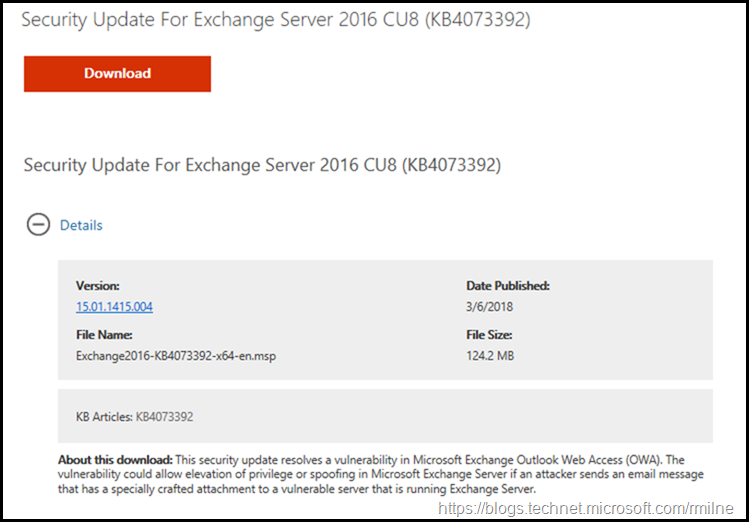 For all other Exchange 2016 CUs the security update is not available.  In order to apply the update then you must update to a current CU.