Exchange 2016 CU13 has been released to the Microsoft download centre!  Exchange 2016 has a different servicing strategy than Exchange 2007/2010 and utilises Cumulative Updates (CUs) rather than the Rollup Updates (RU/UR) which were used previously.    CUs are a complete installation of Exchange 2016 and can be used to install a fresh server or to update a previously installed one. Exchange 2013 has the same servicing methodology. 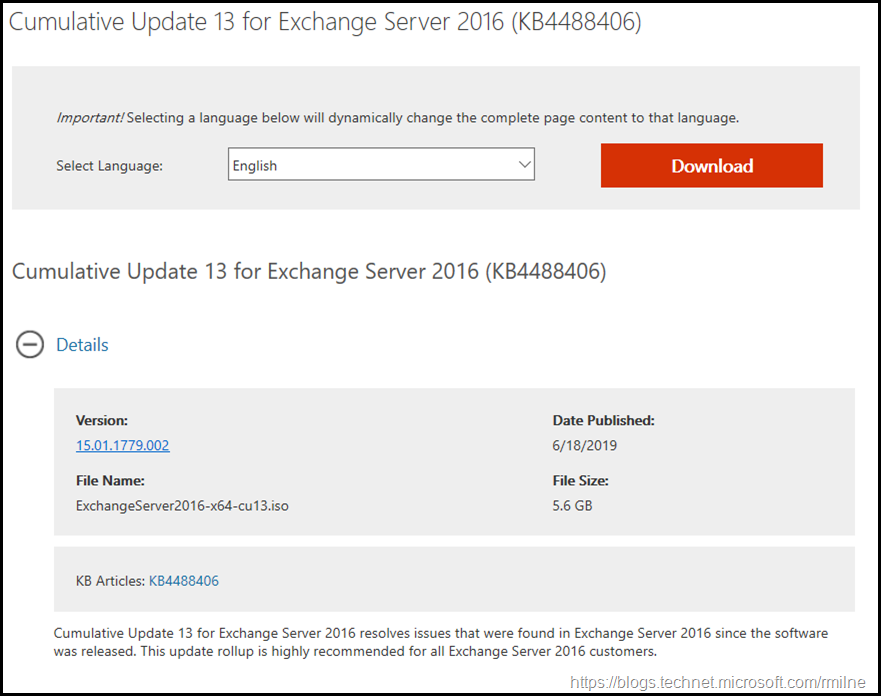 The latest DST updates for Exchange 2016 are included.

Exchange 2016 CU12 decreased  Exchange Rights in the Active Directory.  This is covered in KB 4490059 --  Reducing permissions required to run Exchange Server by using Shared Permissions Model.  CU13 has additional changes to further limit the rights Exchange has to AD. There is a deny ACE on the DNS admins group along with removing the right for Exchange to assign SPNs.

In order to apply these changes, a directory admin will need to run the cumulative update setup program with the /PrepareAD parameter. When multiple Exchange versions co-exist in a single Active Directory forest, the cumulative update matching the latest version of Exchange deployed should be used to run /PrepareAD.  If there are multiple domains in the environment, /PrepareDomain needs to be executed in the additional domains.

Exchange Online received a feature in 2018 to allow admins to control which users could see the public folder list in Outlook.  This feature is included in Exchange 2019 CU2 and Exchange 2016 CU13.