Exchange 2016 CU22 has been released to the Microsoft download centre!  Exchange 2016 has a different servicing strategy than Exchange 2007/2010 and utilises Cumulative Updates (CUs) rather than the Rollup Updates (RU/UR) which were used previously.    CUs are a complete installation of Exchange 2016 and can be used to install a fresh server or to update a previously installed one. Exchange 2013 has the same servicing methodology. 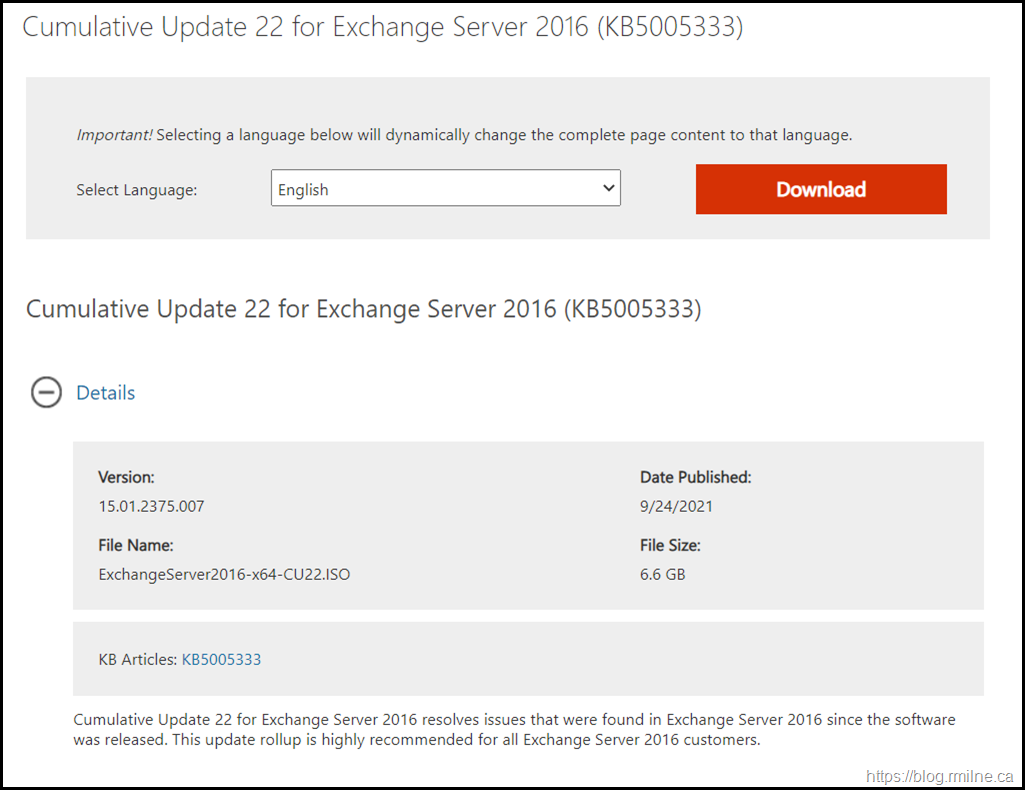 Exchange 2016 CU22 includes all previously released security updates. This is nothing new, but is of particular importance given the recent issues with Hafnium.

Note that there are changes to the setup routine and the required prerequisites.  Please see this post for more details.  IIS URL Scan is required to support the new Exchange Emergency Mitigation (EM) service.  Setup was also changed to allow admins to control whether Exchange diagnostic data is sent to Microsoft.  This setup option is managed via a different UI and command line parameter.

Please see this post which announced the Emergency Mitigation service, and the subsequent follow up which was released to address feedback and concerns.

There have been issues when only some of the Exchange servers behind a load balancer were updated due to security changes in the previous Exchange security update.  Since the security fixes are included in this CU, you need to be aware of this issue.  A note was added to the items for consideration section below to run the Exchange Health Check script to help verify the environment's status prior to launching the CU setup.  This would have caught issues such as expired OAUTH certificate.  A knock on issue is the subsequent need to re-run the Exchange Hybrid Configuration Wizard and this posed challenges in some environments where the person performing the change did not have Exchange Online administrative permissions.