The beta release for System Center 2012 SP1 is now available for you to download and test in your lab environments.  This is an interesting release as it is adding support for Windows Server 2012.  In the case of SCVMM 2012 SP1, it means that it can only be installed on the RTM version of Windows Server 2012. 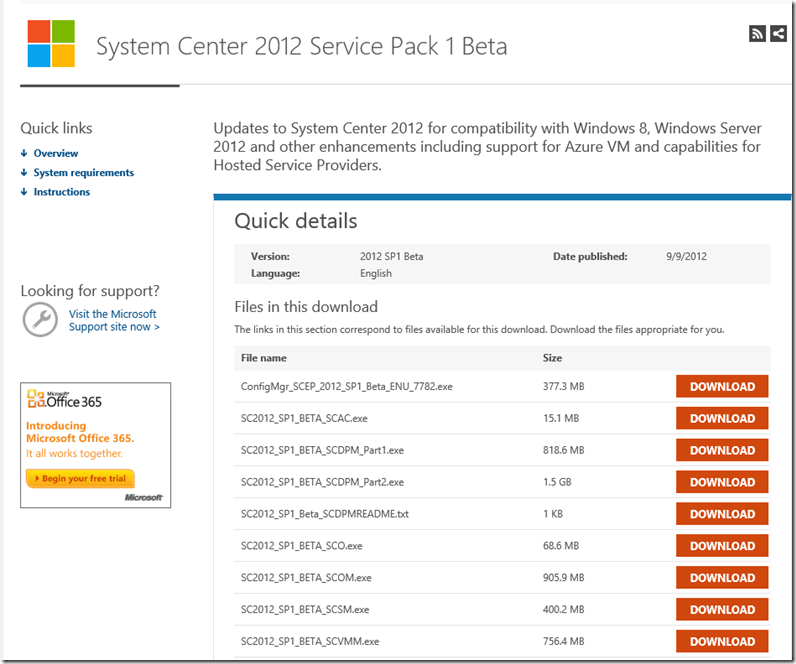 The Virtual Machine Manager server for the Beta release of System Center 2012 SP1 will only run on Windows Server 2012. For full prerequisites, see the document “Virtual Machine Manager in System Center 2012 Service Pack 1” at the following link: http://go.microsoft.com/fwlink/?LinkId=254803..  (Note that at the time of posting the documents were still CTP, and not beta releases)

Prerequisites for Configuration Manager can be found at: http://go.microsoft.com/fwlink/?LinkId=252950.