After a recent video driver update, my corporate Outlook client started to do some strange things.  Within Office 2013, the screen output would be distorted.  Menu bars were not painted properly until I mouse-over them again, or moved Office programs around.  Other times the display would look corrupted and the navigation tree would not be properly rendered.

Update 16-7-2014:  Adding link to Office 2013 known issues.  This discusses implications of disabling the hardware acceleration and some issues with certain drivers. 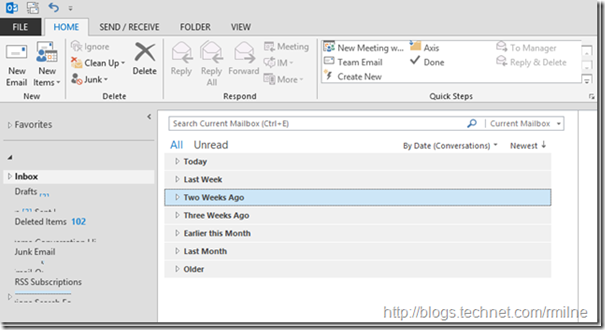 Then when composing/reading an email, the ribbon would be corrupted and/or distorted: 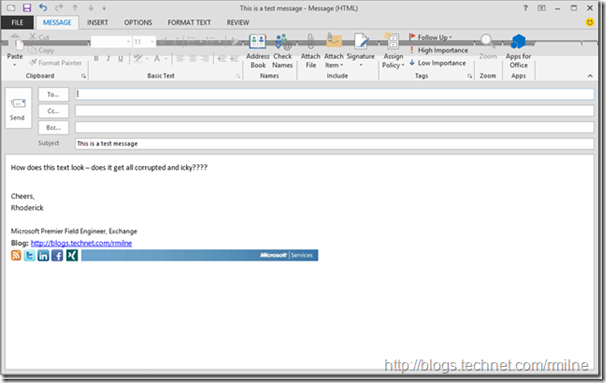 The underlying issue is discussed in KB 2768648 - Performance and display issues in Office 2013 client applications.

While the underlying issue is with the video card driver, there is a workaround until the video driver is updated.

On an  individual machine, the user can open up the Outlook advanced properties and select the option to “Disable hardware graphics acceleration” 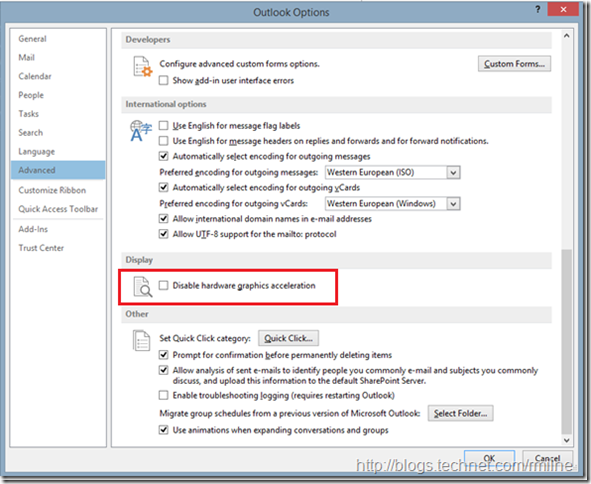 Doing so immediately fixed up my errant display issues.  I’ll update this post when I see a video card release that resolves the issue.

There are some alternative methods of implementing this via the registry and GPO.

We can also set a registry key to disable the feature:

To query this via cmd prompt:

To set this via cmd prompt:

We can retrieve the current configuration using the first command, whilst the second sets the value:

In the Office 2013 Administrative Template files there is an option to disable hardware acceleration.  To do this: