Update 10-12-2014:  Please see comments at the end of this post with an issue relating to RPC Client Access.  There is a TechNet forum where the community is discussing this issue.  In the RPC Client Access the forum post notes that the following can be observed: “Log Watson: [IndexOutOfRangeException] Index was outside the bounds of the array”. 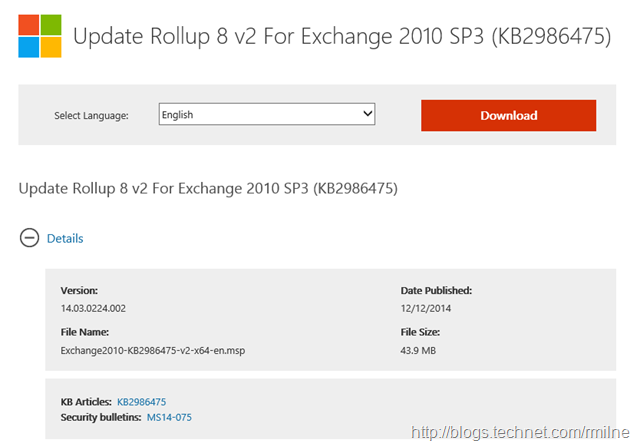 Note that this is only for the Service Pack 3 branch of Exchange 2010.  Why?  Exchange 2010 SP2 exited out of support on the 8th of April 2014 and will no longer receive updates.