This is the case of one of those bizarre and very annoying issues to tack down.  The server in question is one of my lab servers where an automated build was used to create it.  It is a Windows 2008 R2 SP1 based server which has TMG 2010 SP2 installed as a reverse proxy.  Said server has been a little “squirrely”, and some “interesting things have happened where a restart would flush the gremlins out.  It managed to soldier on and worked.

After the last patch Tuesday I could not get the server to scan for updates.  There were a multitude of errors noted by the Windows Update client.  The data below is from the WindowsUpdate.log and you can see just how varied the errors are.  To keep one of my older friends happy, yes that is you Charles Of the Desert, let’s use findstr to parse the log looking for the specific phrase: 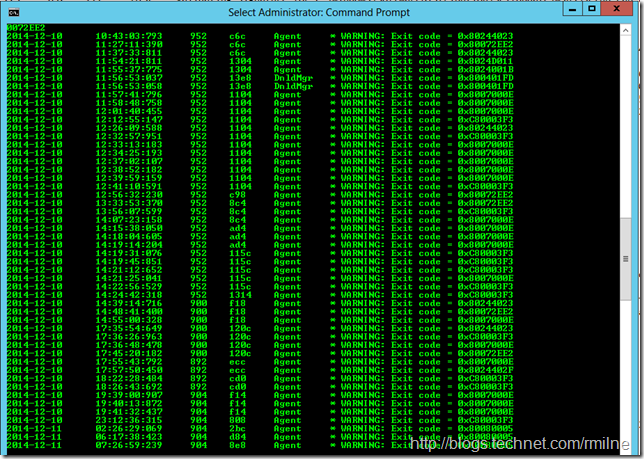 The error codes are all over the place so there is not single issue in the WU client that explains all of them.  Time to expand the net….

Looking at the event logs there were some items of note: 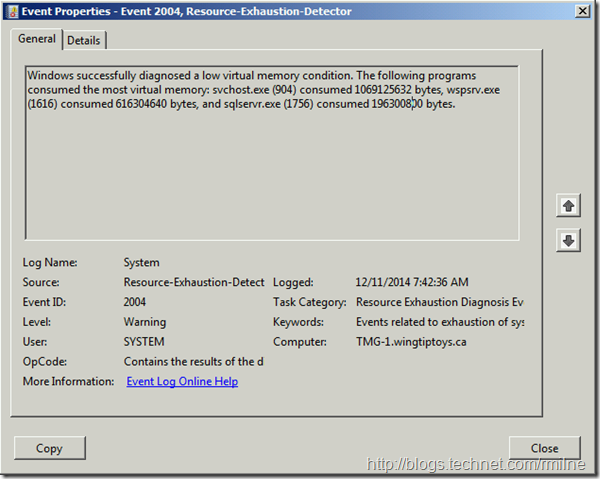 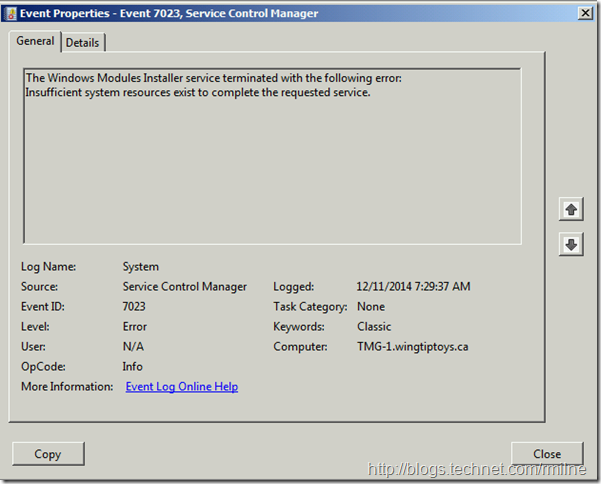 Interesting, but nothing there screamed at a root cause.   Though why is Windows complaining about low resources, and then the Windows Modules Installer terminated due to insufficient resources?

The server in question is a VM with 3GB of RAM installed, and task manager shows plenty of available memory.  Yes that is not a perfect check but it’s generally sufficient for a quick peek.  So if there is enough physical memory installed, but did the automated build set page file to match the RAM? 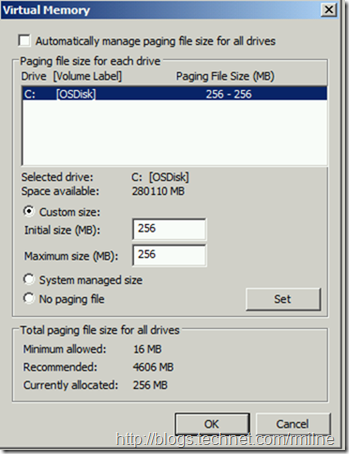 For some reason, the automated build had set the server with a single static page file of only 256 MB.  If this was a NT4 server and the year was 1999 then that would be good.  In the year 2014, it was far less than awesome….

Increasing the page file to match physical RAM immediately corrected the issues and Windows Update then installed all updates!