On the WAP server, EventID 422 was logged into the AD FS Admin log stating that it was unable to retrieve proxy configuration data from the Federation Service.  The details in the event stated: System.Net.WebException: The remote server returned an error: (401) Unauthorized. 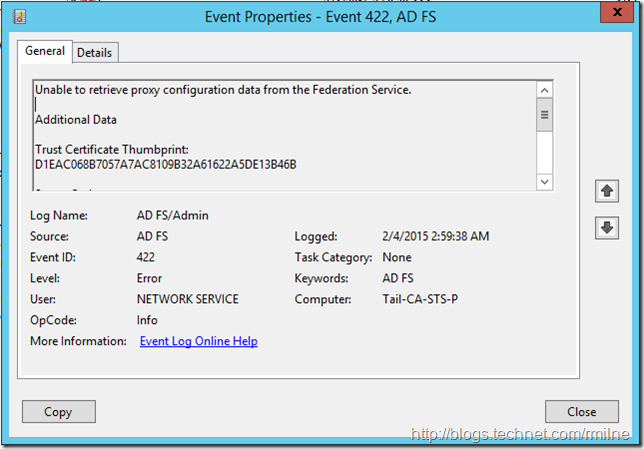 The proxy trust certificate specified by thumpbrint {0} has expired. 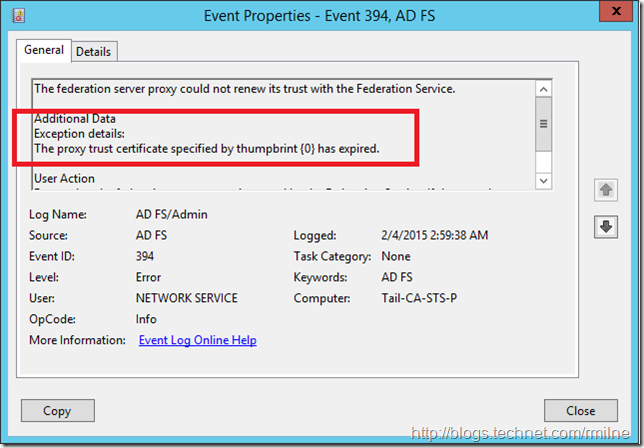 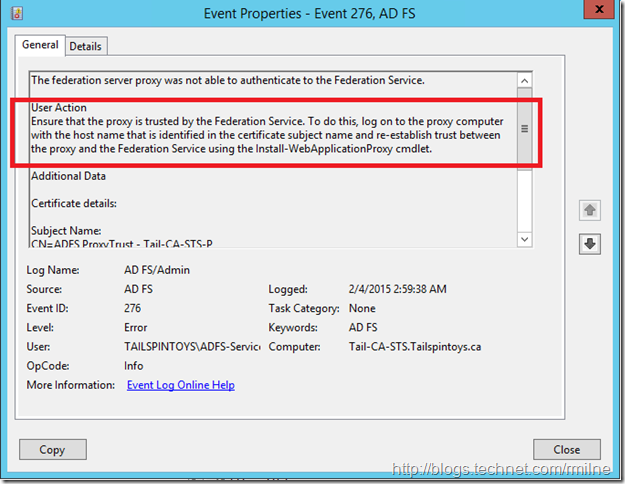 The Remote Access Manager should now allow you to re-run the configuration wizard. 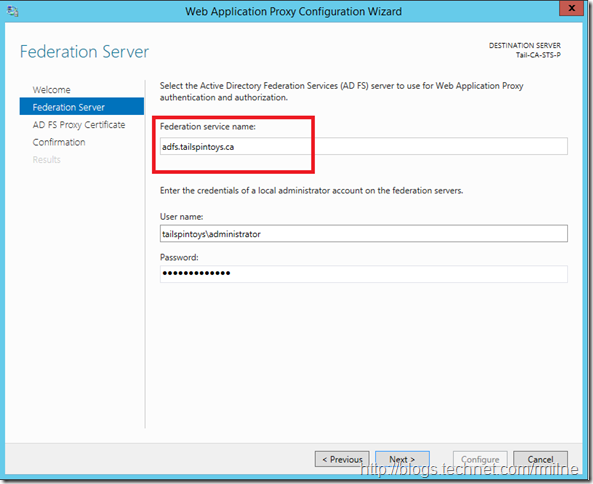 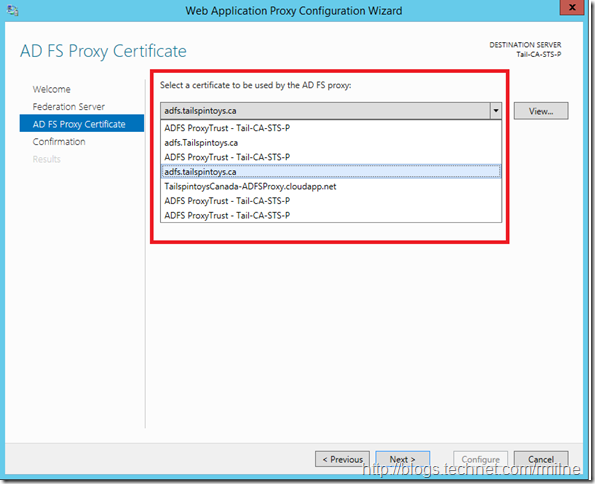 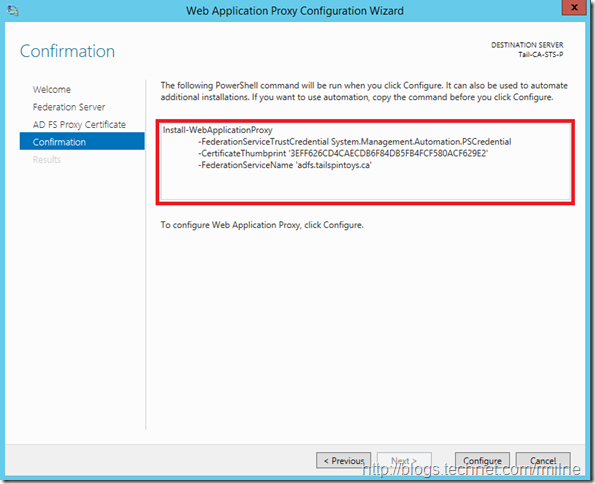 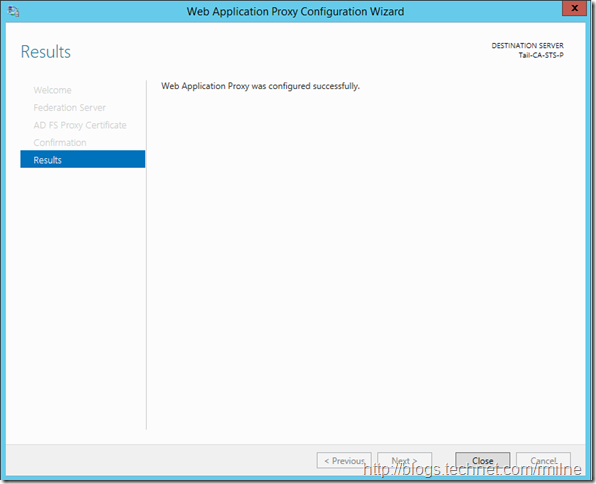 Alternatively, this can be done from PowerShell, this is shown below.

EventID 276 shown above, notes that we can run the Install-WebApplicationProxy cmdlet to re-establish trust between the AD FS server and the WAP.  TechNet discusses this in the Install and Configure the Web Application Proxy Server section.  The certificate we want to use is already installed onto the server.  In my case it has the thumbprint of 3EFF626CD4CAECDB6F84DB5FB4FCF580ACF629E2 – note that yours *WILL* be different.  To obtain your certificate thumbprint you can look at the certificate MMC or alternatively run:

Note that the username and password were not specified, since the cmdlet knows it needs an account that has permission on the AD FS server and it prompts for this required information.  This is the Tailspintoysadministrator account as shown below: 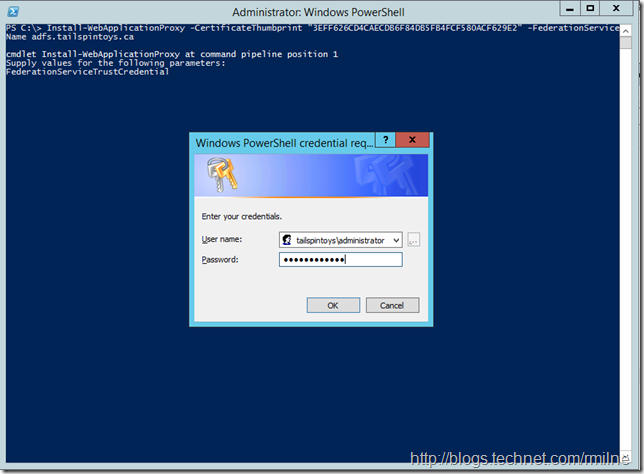 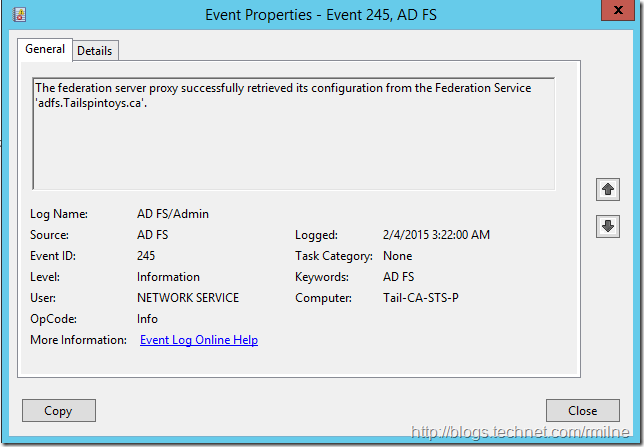 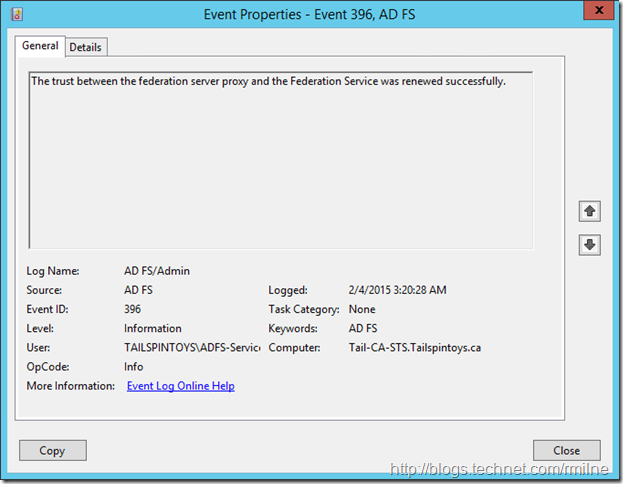