When attempting to run the Windows Azure Active Directory Module on a Windows 7 or 2008 R2 machine, things did not go swimmingly.  In fact they did not work at all.  The error message of “This assembly is built by a runtime newer than the currently loaded runtime and cannot be loaded” was reported.

The below was tested on a Windows 7 and a separate Windows Server 2008 R2 machine.  The Azure AD Module was installed along with the latest Sign In Assistant (SIA).  We can use the shortcut to get to the Azure AD PowerShell module as noted in the A Shortcut URL To Download Azure AD PowerShell post.

SIA version 7.250.4556.0 was installed and then the latest Azure AD module.  When launching the shortcut to the module, the below error was logged:

Import-Module : Could not load file or assembly 'file:///C:Windowssystem32WindowsPowerShellv1.0ModulesMSOnlineMicrosoft.Online.Administration.Automation.PSModule.dll' or one of its dependencies. This assembly is built by a runtime newer than the currently loaded runtime and cannot be loaded.
At line:1 char:14
+ Import-Module <<<<  MSOnline
+ CategoryInfo          : InvalidOperation: (:) [Import-Module], BadImageFormatException
+ FullyQualifiedErrorId : FormatXmlUpateException,Microsoft.PowerShell.Com   mands.ImportModuleCommand

OK – what about if we then  try to manually import the MSOnline module?

Same thing.  OK, let’s take a look at the machine to see what the current build of PowerShell etc. actually is.

Looking at the machine, the machine’s configuration the $PSVersionTable can show us the current version of PowerShell and Windows Remote Management (WinRM).  This is shown below:

This machine has the initial WinRM 2.0 and PowerShell 2.0 components installed, nothing newer.  This was the case for both the Windows 7 and Windows Server 2008 R2 machines,  Which reminded me of an older issue with the Directory Synchronization tool that was related:

Windows Management Framework 3.0 was downloaded and then installed onto the machines. 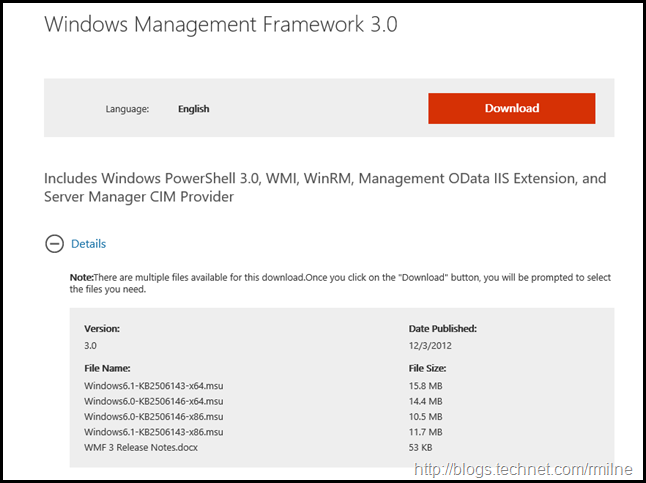 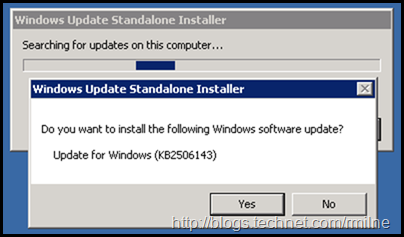 Note that I already had the .NET prerequisite version installed.  If you do not, that will need to be installed prior to installing WMF 3.0.  Then the machines were restarted.

Launching the Azure AD Module is now successful, and we can connect to Azure AD using PowerShell. 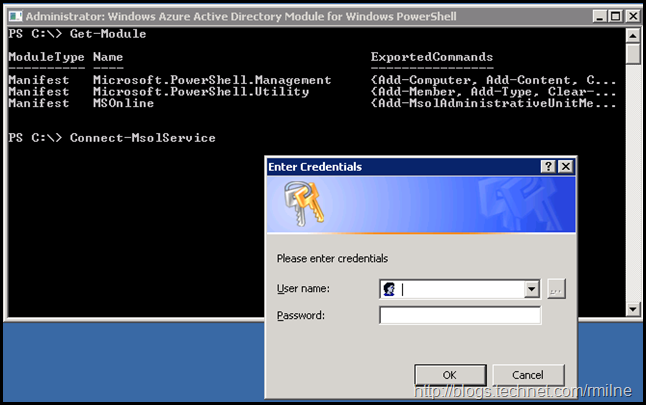 Checking the $PSVersionTable after upgrading to WMF 3.0, we can see that the values have been incremented

We can use the step outlined in this post to check the version number of the Azure AD PowerShell module.

Additional version information and history can be found in the TechNet Wiki.