Exchange 2016 CU2 has been released to the Microsoft download centre!  Exchange 2016 has a different servicing strategy than Exchange 2007/2010 and utilises Cumulative Updates (CUs) rather than the Rollup Updates (RU/UR) which were used previously.    CUs are a complete installation of Exchange 2016 and can be used to install a fresh server or to update a previously installed one. Exchange 2013 has the same servicing methodology. 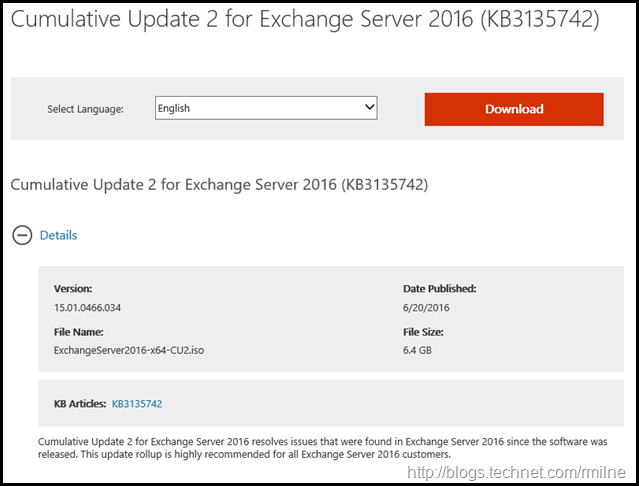 Exchange 2016 CU2 adds support for .NET framework 4.6.1.  Exchange should be upgraded, and placed into maintenance mode prior to installing .NET 4.6.1 onto the Exchange server.  Note that .NET 4.6.1 will replace the existing 4.5.2 install.  There are hotfixes required in addition to the base 4.6.1 framework.

The Disk Reclaimer function in AutoReseed added support for Bitlocker.  The feature must be manually enabled.

The Modern Public Folder migration issue  has been resolved