To update Exchange 2007, SP3 RU23 was released for that version of Exchange.  This will be the last update for Exchange 2007, as it will transition out of support of the 11th of April 2017.  Goodbye my old friend!  Now let us return our scheduled programming…. 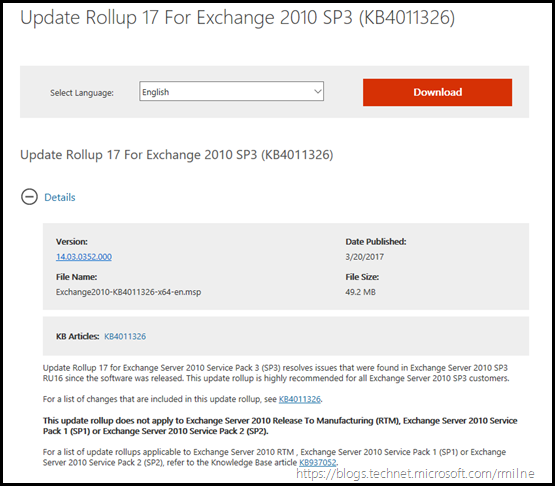