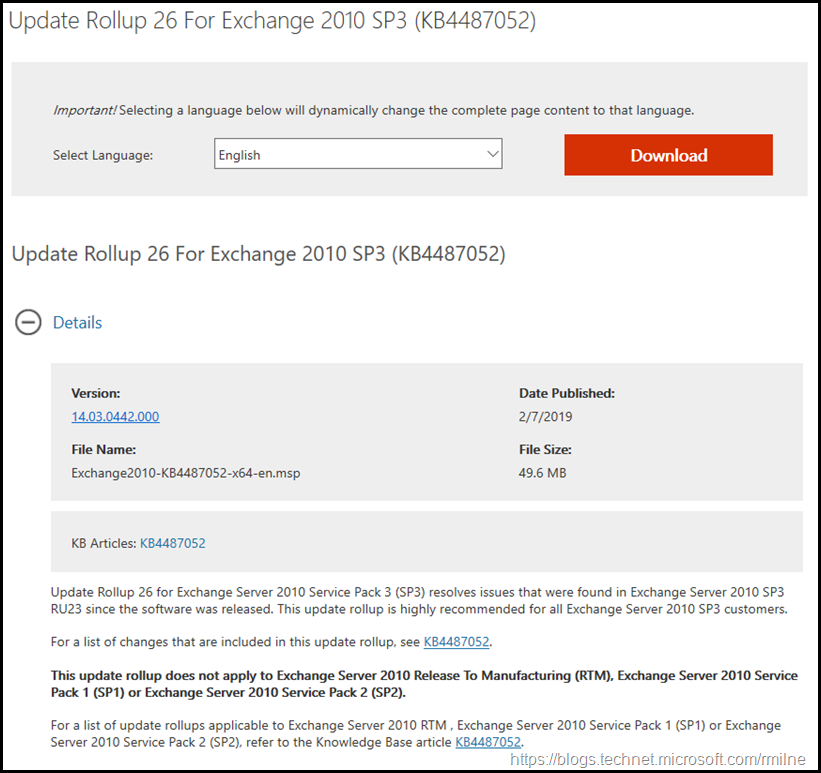 Note that there are changes in Exchange EWS functionality with this release, so please review all of the notes contained within the release post.

Customers with only Exchange 2010 present will need to follow KB 4490059 --  Reducing permissions required to run Exchange Server by using Shared Permissions Model.    Exchange 2010 setup will not make these changes.

Note that Exchange 2010 SP3 RU26 now supports installing on to Windows Server 2012 R2.  This change was announced in the The Microsoft Hybrid Agent Public Preview post.