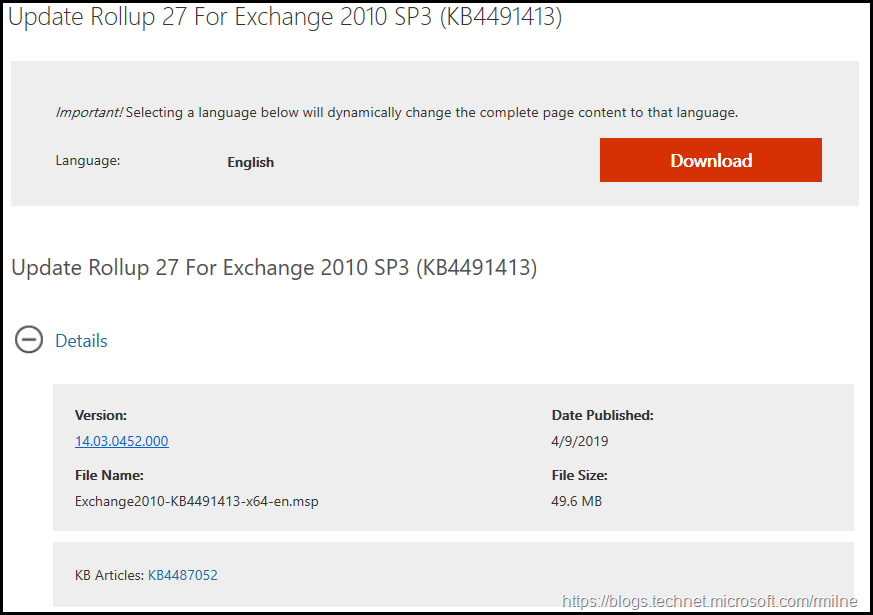 Note that Exchange 2010 SP3 RU26 previously added support for installing on to Windows Server 2012 R2.  This change was announced in the The Microsoft Hybrid Agent Public Preview post.  Adding to this post as have had several questions on this topic since the release of the last release.