Exchange 2016 CU17 has been released to the Microsoft download centre!  Exchange 2016 has a different servicing strategy than Exchange 2007/2010 and utilises Cumulative Updates (CUs) rather than the Rollup Updates (RU/UR) which were used previously.    CUs are a complete installation of Exchange 2016 and can be used to install a fresh server or to update a previously installed one. Exchange 2013 has the same servicing methodology. 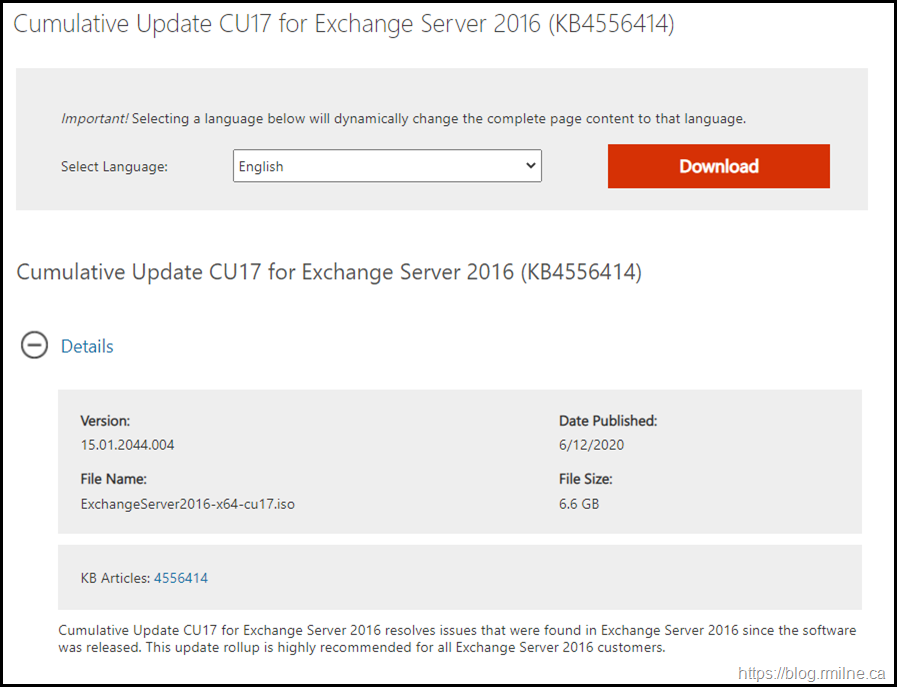 Exchange 2010 will transition out of support on the 13th of October 2020. Note this is an extension of the original date which was January 14th 2020.

Pipelining support was added to the Restore-RecoverableItems cmdlet to ease administration tasks.