When running Exchange setup or the Exchange Hybrid Configuration Wizard (HCW), I always recommend looking at the version information that is shown on screen. This is part of the gross error check to make sure that the correct version is being used.

This habit is one of the recommendations made in the Mistakes to Avoid Installing Exchange CU post.

Sometime you still may see something that surprises you and is unexpected.  This is one of those cases.

There is also an Exchange 2016 one further down in this post.

In the highlighted section, note that the version of Exchange which was detected in Exchange 14.3 - this is the service pack three branch of Exchange 2010.  The version information is 496 which is reported as RU25. 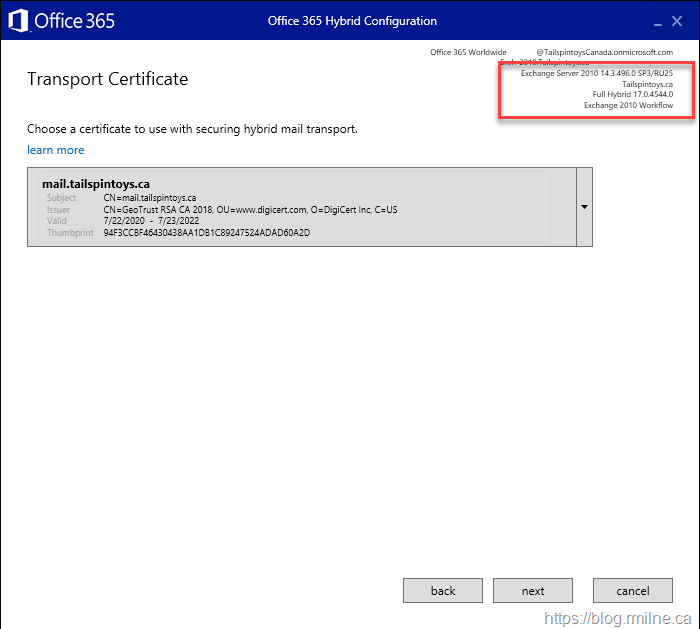 At the time of taking this screenshot RU30 was the latest released version of Exchange 2010 SP3 and it was also installed.

Looking at Add/Remove programs we can see that RU30 was installed when it was released back in February 2020.

There is a year's difference between SP3 Ru25 being released and RU30.  You can see that with "Installed On" date in the image above.

One of the useful tools in the current HCW is the ability to press  F12 to show the Diagnostic Options along the bottom of the HCW. 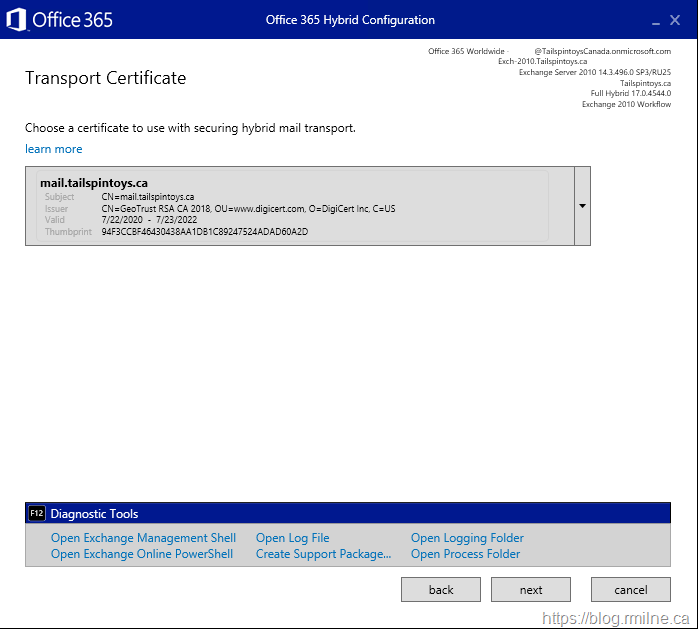 From there we can easily click to open the log file.  No more having to remember which version of the HCW stores logs in what folder.

This is an example from the 8th October 2020.  This is a brand new Exchange installation and is running on a newly built Exchange 2016 server that was installed directly from the CU18 media. 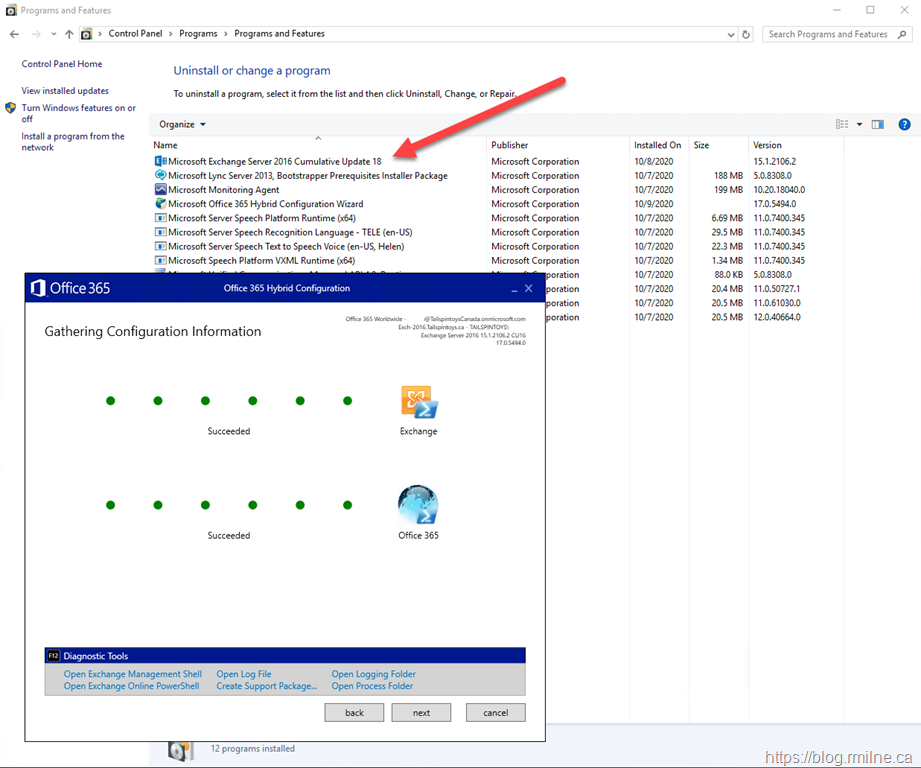 If we look at the log file, there are a couple of things worth pointing out.

Exchange 2010 SP3 RU30 is now included, but we are still missing the latest Exchange 2016 versions.

It would appear that N and N-1 are listed in the second log file for Exchange 2010, but this is not the case for Exchange 2016.  CU17 and CU18 were available for those products at the time of writing.

If the intent was to define a minimum version, would only one version be sufficient? That would allow you to define the minimum build required.

On a side note: there is no way that you should still be running Exchange 2013 CU22. More on that in a separate post.