Exchange 2019 CU10 has been released to the Microsoft Volume Licensing Center and the public Microsoft Download site!  Exchange 2019 has a different servicing strategy than Exchange 2007/2010 and utilises Cumulative Updates (CUs) rather than the Rollup Updates (RU/UR) which were used previously.    CUs are a complete installation of Exchange 2019 and can be used to install a fresh server or to update a previously installed one. Exchange 2013 and 2016 have the same servicing methodology.

Previously Exchange 2019 updates were only available through the Volume Licensing Centre.  This was changed during the March 2021 Hafnium attack. 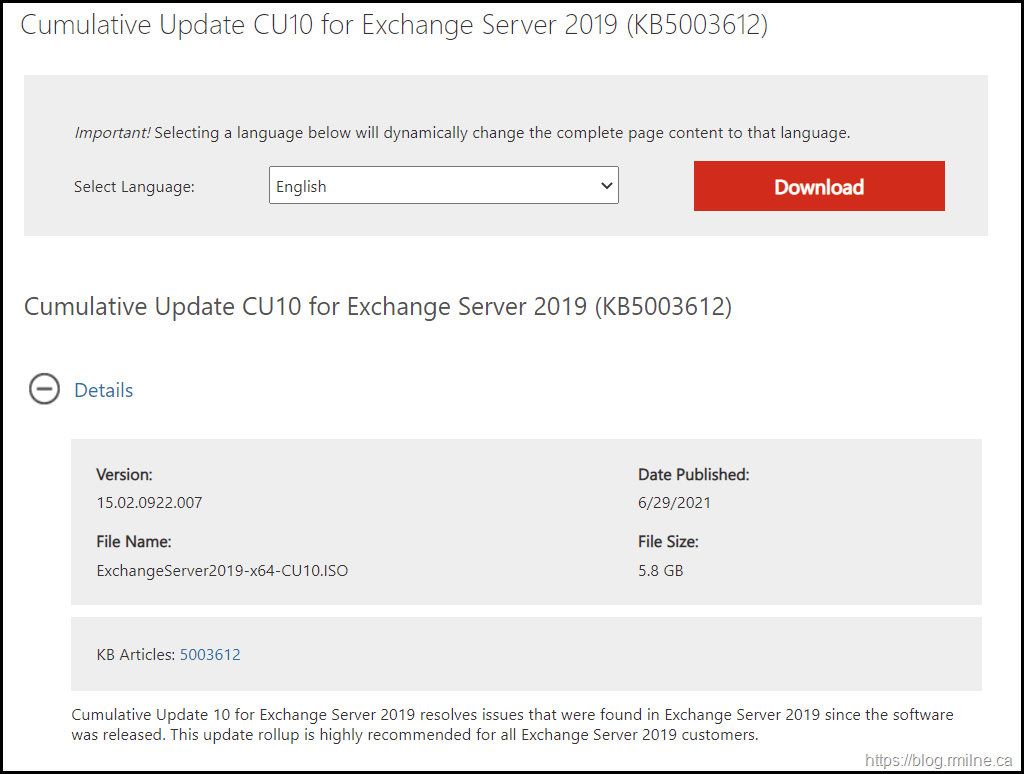 Update 21-7-2021  “Object reference not set to an instance of an object” error and Setup fails in Exchange 2019 CU10 and 2016 CU21  - please note that setup will fail if the default computers Containers has been removed or renamed.

This CU contains the latest security updates at the time of release, specifically the recently released updates for Hafnium.

AMSI integration allows an AMSI capable solution to scan content in the HTTP requests sent to Exchange and block malicious requests before those requests are processed by Exchange.  Scanning is performed in real time.

This is separate to the existing Antimalware capability which would scan a message after Exchange received it.

Note as of September 2020 the Exchange 2019 sizing calculator can be downloaded manually from: https://aka.ms/excalc

Previously it was only available via the Exchange 2019 CU media.

Exchange 2019 follows the same servicing paradigm for Exchange 2013 and 2016 which was previously discussed on the blog.  The CU package can be used to perform a new installation, or to upgrade an existing Exchange Server 2019 installation to this CU.  Cumulative Updates are well, cumulative.  What else can I say…