This is an updated post from the original one back in April 2015.  The original will remain as it is still relevant, and some folks may have linked or bookmarked it.

On the WAP server, EventID 244 was logged into the AD FS/Admin EventLog stating that it was unable to retrieve proxy configuration data from the Federation Service.  The details in the event stated: System.Net.WebException: The remote server returned an error: (401) Unauthorized.  This was EventID 422 as noted in the previous post. 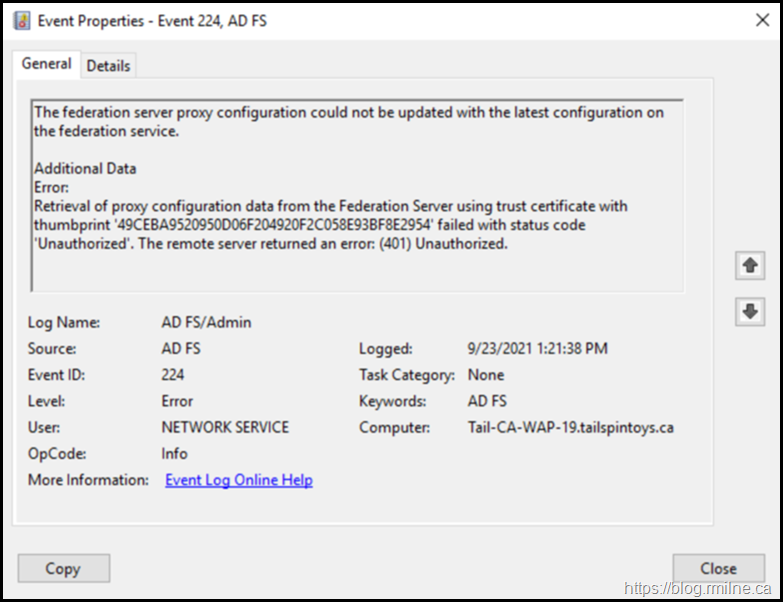 There will also be errors present in the Microsoft-Windows-Web Application Proxy/Admin EventLog.

On AD FS we can see what it really though about the AD FS proxy.

The proxy trust certificate specified by thumpbrint has expired.  Note that you can also see the calling IP listed at the bottom of the event message. 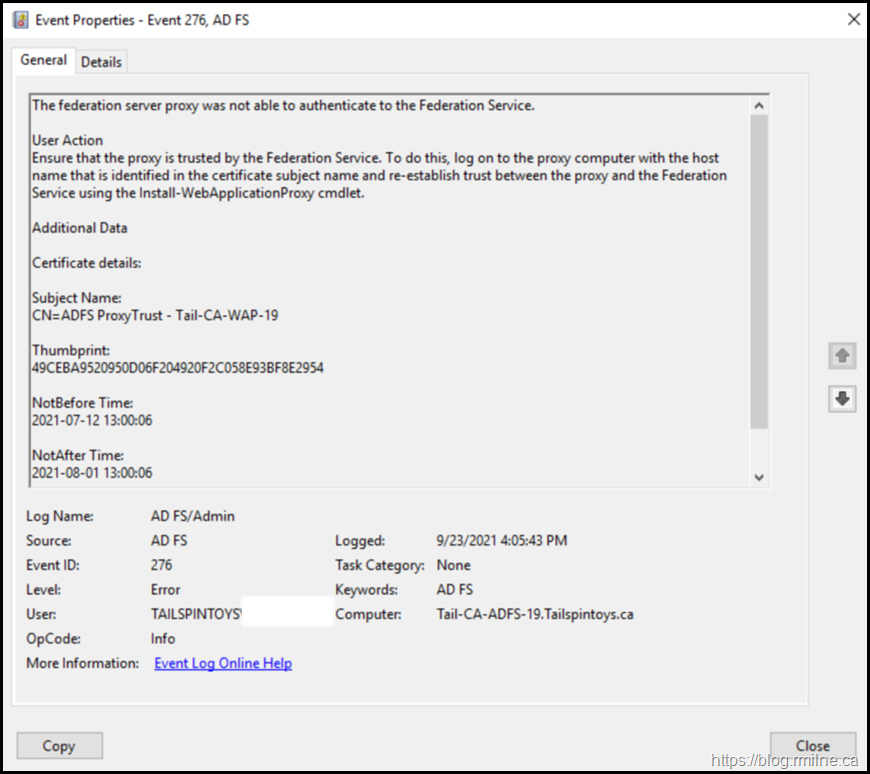 After changing the ProxyConfigurationStatus to a value of 1, the Remote Access Manager should now allow you to re-run the configuration wizard. 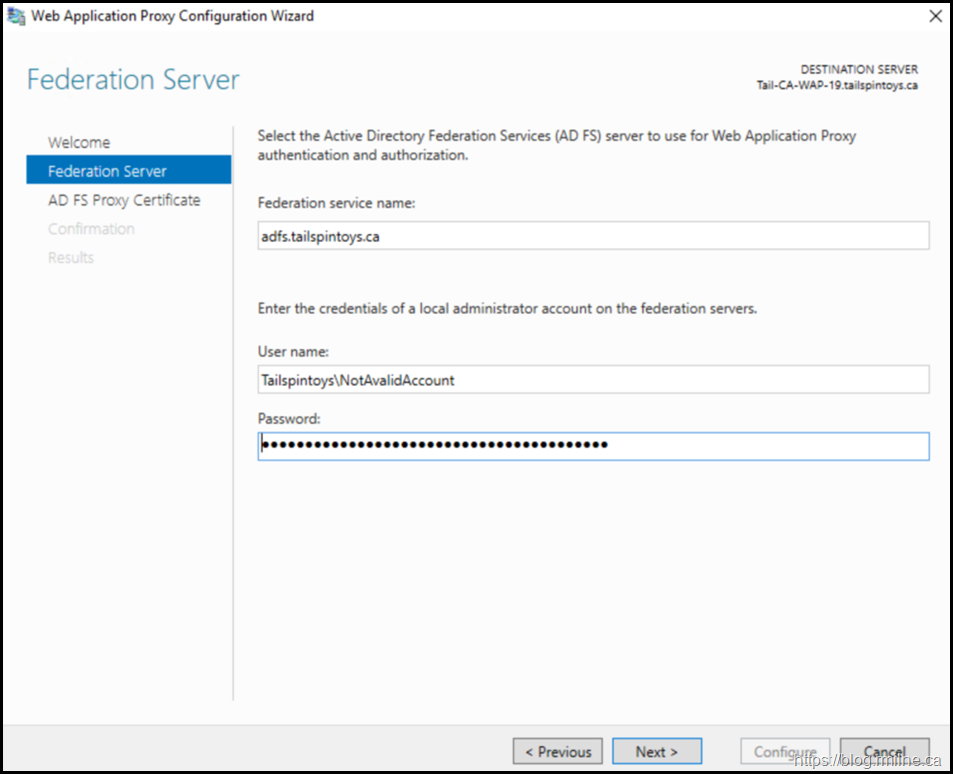 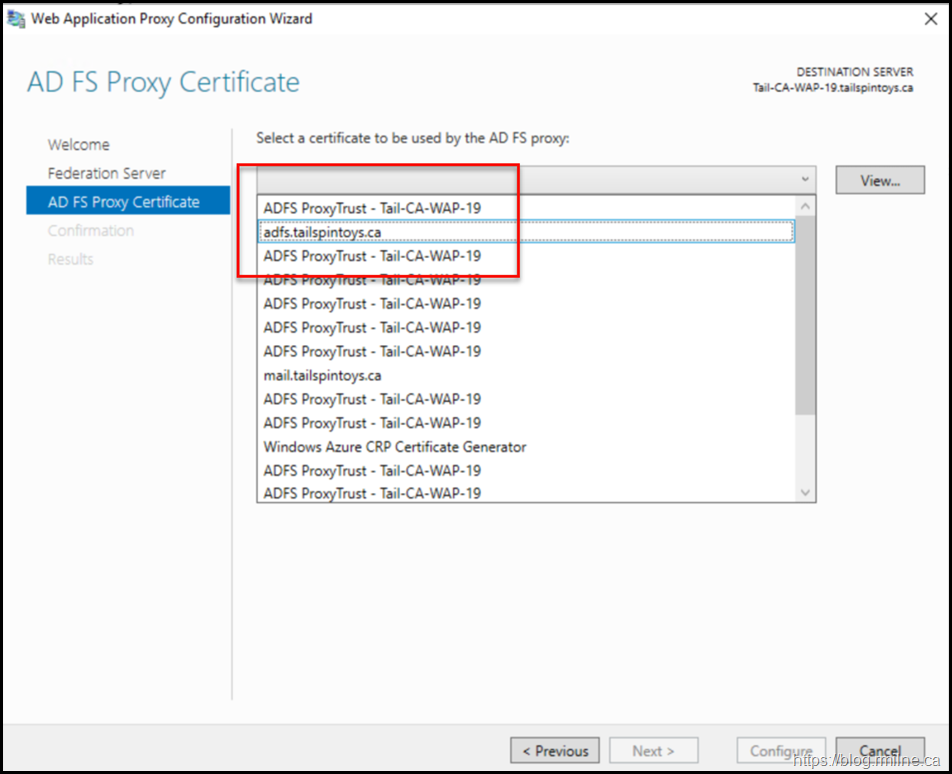 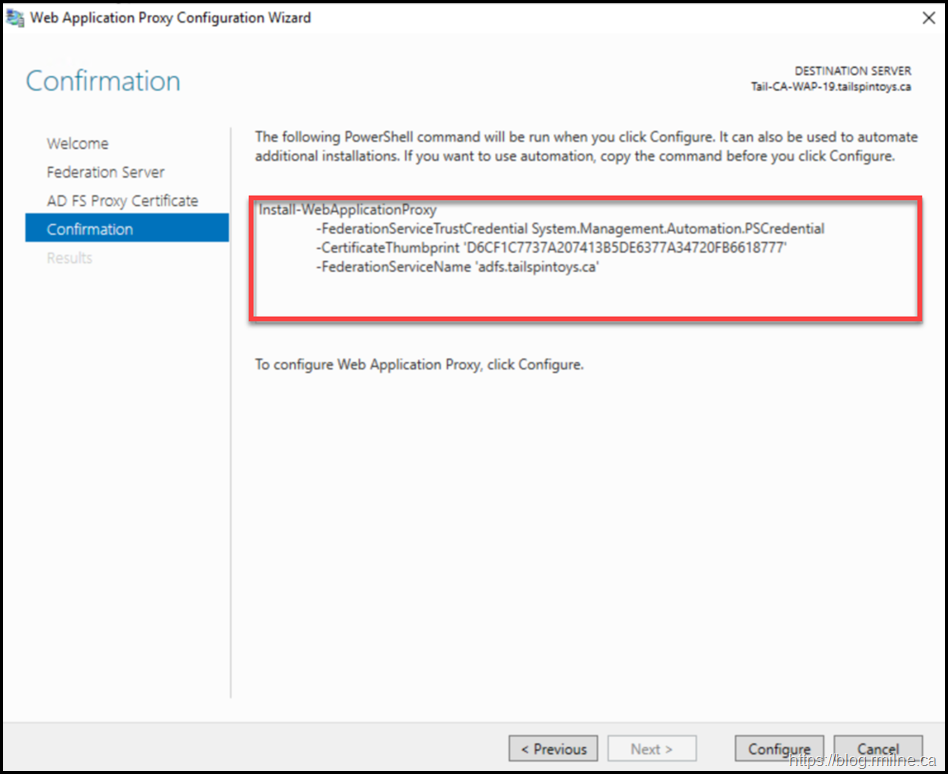 Alternatively, this can be done from PowerShell, this is shown below.  Typically this is what I normally use as it is faster, and does not require the registry modification.

EventID 276 shown above, notes that we can run the Install-WebApplicationProxy cmdlet to re-establish trust between the AD FS server and the WAP.  Docs discusses this in the Install and Configure the Web Application Proxy Server section.  The certificate we want to use is already installed onto the server.  In my case it has the thumbprint of D6CF1C7737A207413B5DE6377A34720FB6618777– note that yours *WILL* be different.  To obtain your certificate thumbprint you can look at the certificate MMC or alternatively run:

Note that the username and password were not specified, since the cmdlet knows it needs an account that has permission on the AD FS server and it prompts for this required information.  This is the Tailspintoys administrator account as shown below: 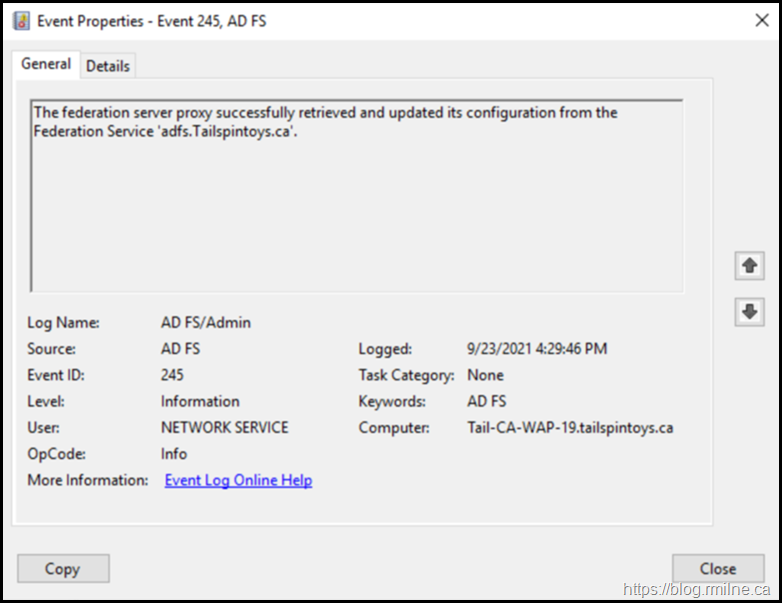 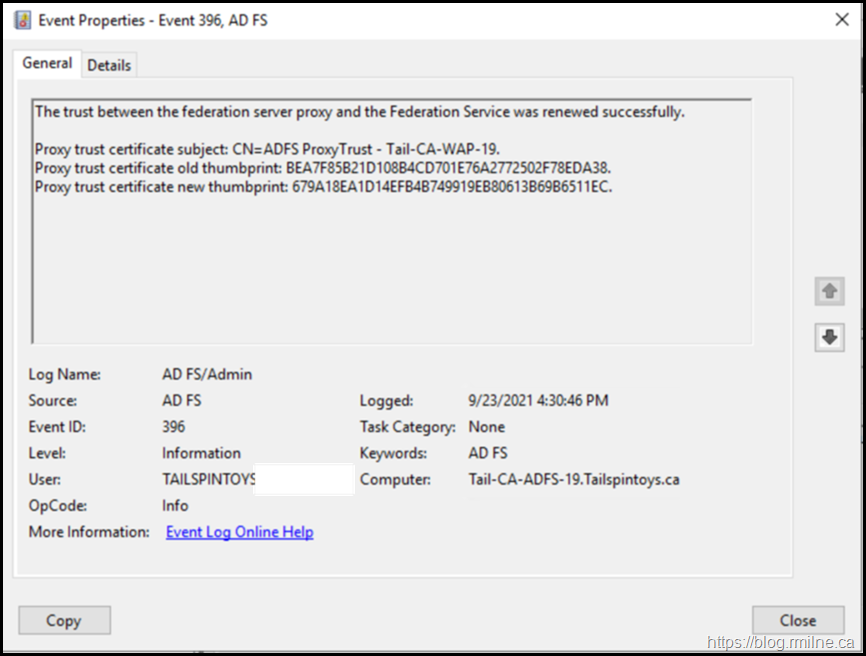