Exchange 2016 CU23 has been released to the Microsoft download centre!  Exchange 2016 has a different servicing strategy than Exchange 2007/2010 and utilises Cumulative Updates (CUs) rather than the Rollup Updates (RU/UR) which were used previously.    CUs are a complete installation of Exchange 2016 and can be used to install a fresh server or to update a previously installed one. Exchange 2013 has the same servicing methodology. 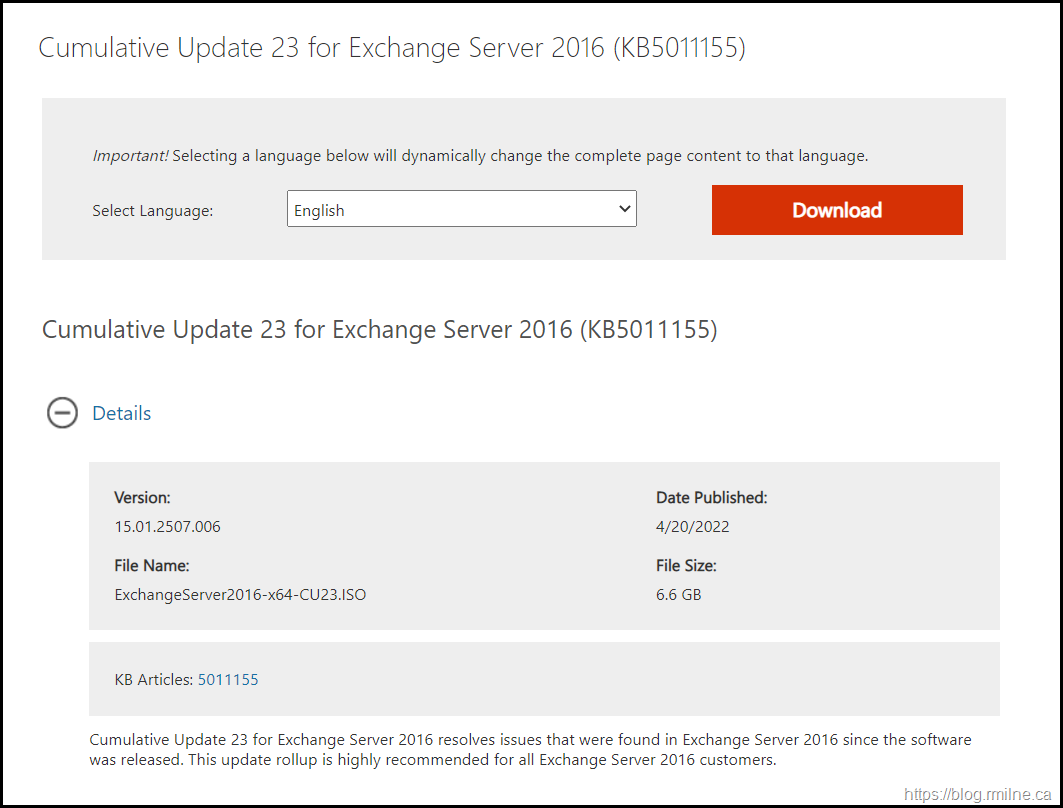 Exchange 2016 CU23 includes all previously released security updates. This is nothing new, but is of particular importance given the recent issues with Hafnium and additional security releases throughout the rest of 2021.

With this release of Exchange 2016 and 2019, changes have been made to the servicing model.  The number of CUs that will be released in a given calendar year will be reduced to two.  This will be a H1 and H2 release which will ship approximately in April and October.  Exact dates may vary.  There will still be security releases to address those issues.  Reducing the CUs to two per year allows a longer coexistence period and less work for admins overall to keep on-premises Exchange updated.  Though since only current CUs are open for servicing (i.e. receive security fixes) it will be necessary to move to CU23.