Exchange 2016 CU1 has been released to the Microsoft download centre!  Exchange 2016 has a different servicing strategy than Exchange 2007/2010 and utilises Cumulative Updates (CUs) rather than the Rollup Updates (RU/UR) which were used previously.    CUs are a complete installation of Exchange 2016 and can be used to install a fresh server or to update a previously installed one. Exchange 2013 has the same servicing methodology. 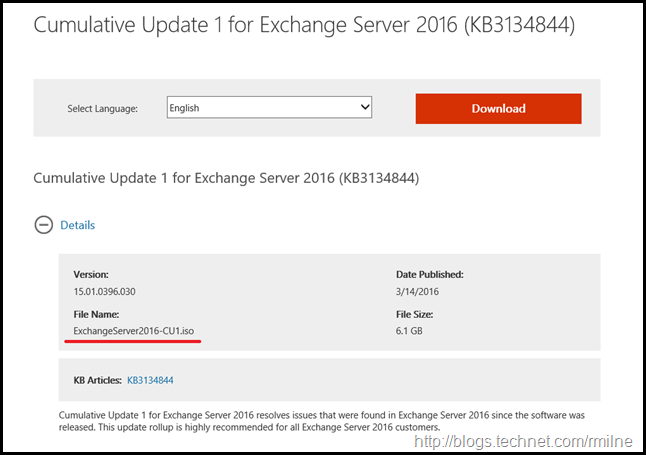 Update 17-3-2016 – Note that Exchange 2016 CU1 does not have the updated search service which can index of passive databases.  That will be scheduled for a future CU.

Exchange 2016 CU1 follows the same servicing paradigm for Exchange 2013 which was previously discussed on the blog.  The CU1 package can be used to perform a new installation, or to upgrade an existing Exchange Server 2016 installation to CU1.  Cumulative Updates are well, cumulative.  What else can I say…