Patch Tuesday this week heralded the arrival of Rollup Update Rollup 14 (RU14) for Exchange Server 2010 Service Pack 3.  RU14 is the latest rollup of customer fixes available for Exchange Server 2010. The release contains a security fix to address the issue in Microsoft Security Bulletin MS16-079, in addition to the previous fixes in RU13 and older.  Since security updates are delivered via a RU for Exchange 2010 and 2007, this is why a new RU was released.  Exchange 2013 and 2016 have a different release model, and security updates are decoupled from the standard cumulative updates.

To fix the issue on Exchange 2007, SP3 RU20 was released for that version of Exchange.  Separate security updates are available for supported versions of Exchange 2013 and 2016, and are linked from the security bulletin. 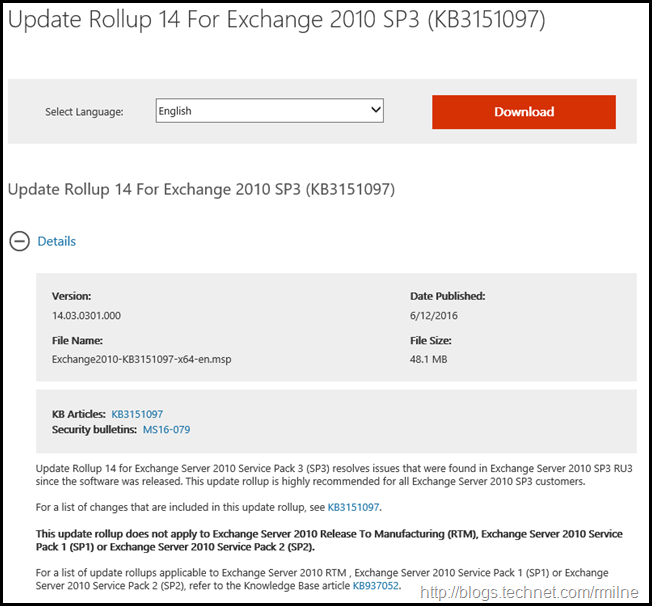 This RU contains the security fix for MS16-079

The below are the normal notes to consider before deploying an Exchange RU.  In this case, the below must also be tempered with the fact that there is a security fix.