The Exchange 2010 OAB needs some love and attention after it has been created with the default settings.  While things may not be broken, they are less than ideal.

The Exchange OAB was last really overhauled with Exchange 2003 SP2 and Outlook 2003 SP2.  This was the move to the fourth generation of OAB and was done for many good reasons.  They included:

To benefit from these features, the Outlook client needs to use a Unicode profile.  This also affords PST and OST file benefits.  The new OAB format also reduces the instances when a full OAB download occurs. 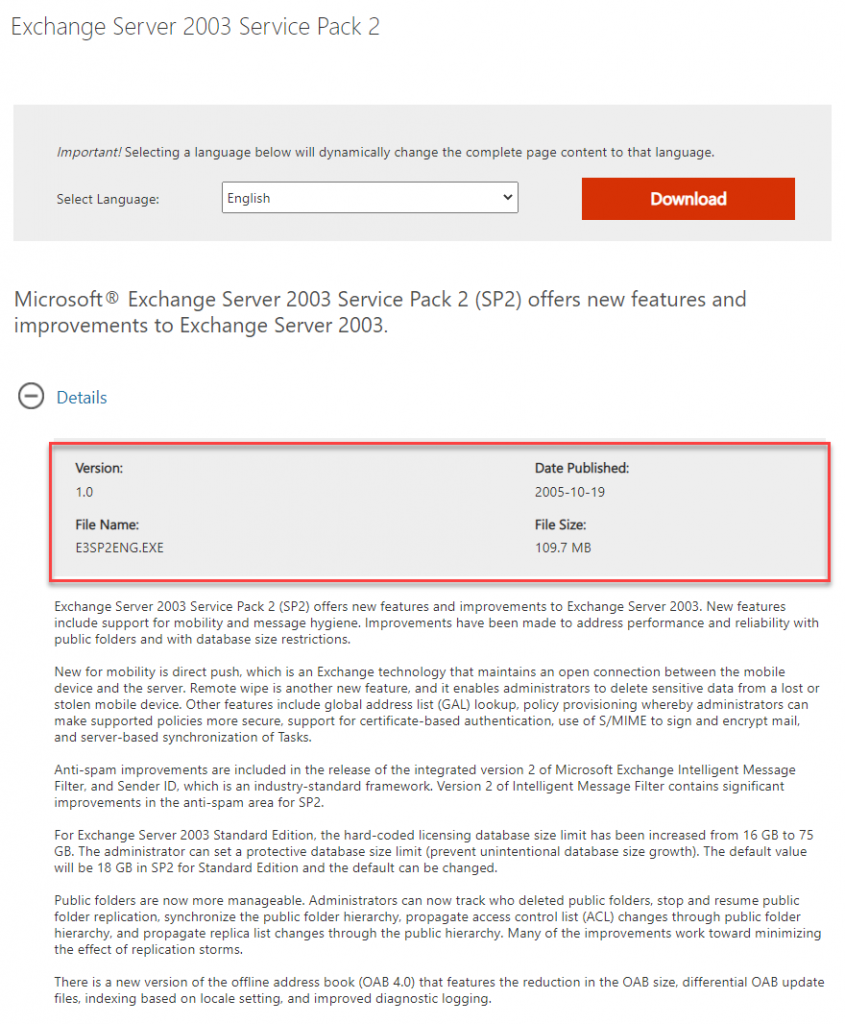 This means that there has been significant water under the bridge before and after this date...

The below is typical of most Exchange 2007 and Exchange 2010 OABs that I have seen in production over the years.  You will note that everything is selected. 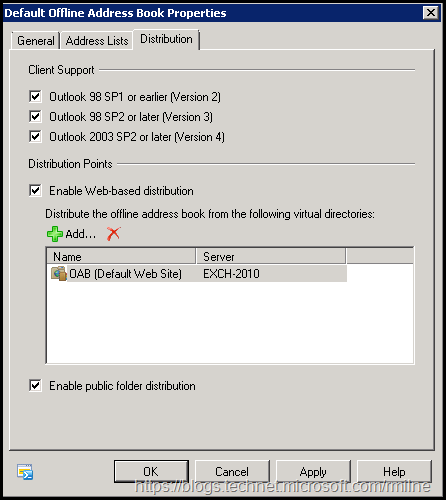 Why is this an issue?   Well if the latest OAB version is V4, and that was the Outlook 2003 SP2 client (which is now unsupported) why do we need V2 and V1?

V4 as noted above is the latest and is Outlook 2003 SP2 onwards.

The short answer is you do not.  If you still have Outlook 2003 or older, you really need to have a word about your IT security.

The other legacy aspect is the option to use Public Folders to store Free/Busy information.  This is also no longer required for Outlook 2007 and newer as they can leverage the Availability web service in Exchange 2007 and onwards.

The below has the settings that should be enabled for most current environments. 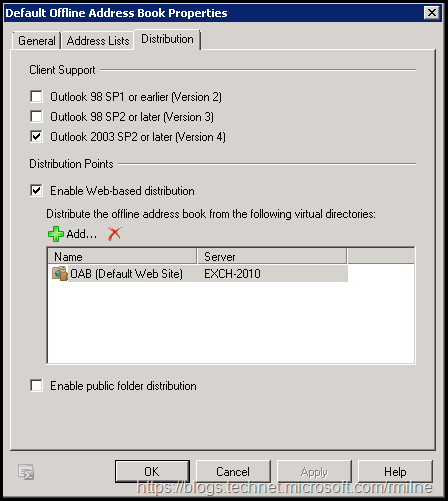 Not that the older V2 and V3 formats are not being generated, and there is no Public Folder distribution.

Note that Exchange 2013 onwards will create a new and separate OAB.  In essence you have two default OABs, though one is more shiny and attractive than the other.