Please be aware and plan for the upcoming end of extended support Office 2007.   For those who were working in IT back in 2006 when Office 2007 was released, do you remember the catchy title that was used? L.O.V.E.  - Launch of Office Vista and Exchange.  Office 2007 brought us Outlook 2007 which was a welcome change from the 2003 version of the product.  Some features are still with us, others not so much, for example Autodiscover and the ribbon interface are still firmly entrenched.  Looking back at the feedback from the introduction of the ribbon is quite interesting 10 years down the line...

Office 2007 will transition out of Extended support on the 10th October 2017. 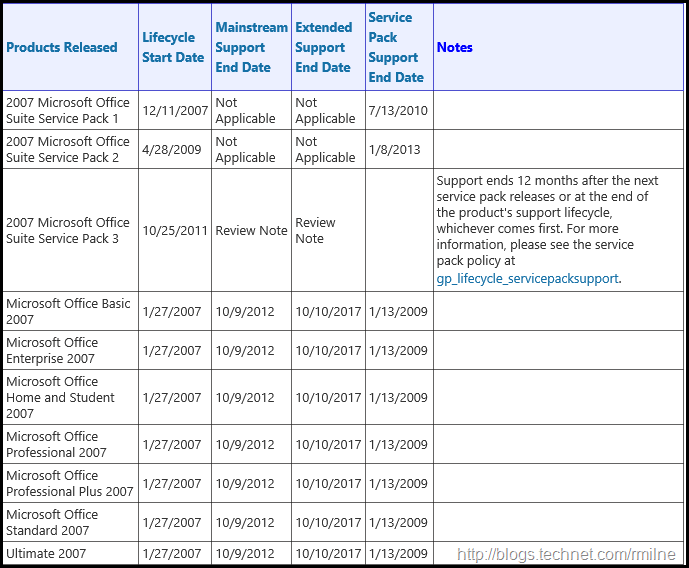 Note that the end of support expiration dates of Exchange 2007 and Office 2007 are different.  Exchange 2007 will transition out of extended support in April 2017.