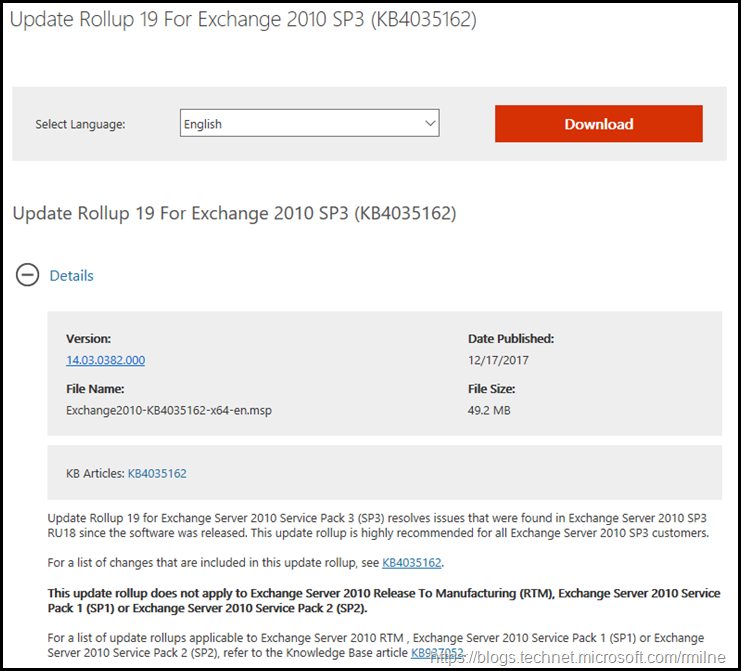 There is one listed fix for RU19.  This is especially important to review in an Exchange 2010 and 2016 coexistence environment.   There is an issue where proxied EWS connections from Exchange 2016 to Exchange 2010 are not correctly authenticated.