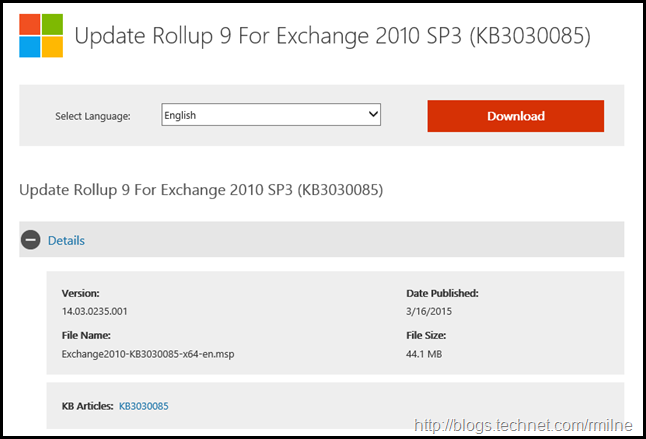 Also note that Exchange 2010 transitioned into its Extended product support lifecycle phase on the 13th of January 2015.

This update removes the previous hard coded restriction of only using TLS 1.0 and SSL 3.0.