This is link throw down for items that we discussed in a Exchange 2013 workshop which I delivered in Ottawa, Canada’s capital.   The weather was pretty warm, the adjacent picture of parliament was on a bright Saturday morning when the temperature was a crisp –15 Celsius.

For those who want to convert to Fahrenheit, I’ll let you get on with that in your own time.

There was a cause for concern as the Rideau Canal did not look like it was going to open whilst I was in Ottawa, but it actually did.  Prior to getting out on the canal,  I also went skating at the city hall out door rink.  This is lit at night and the light also cascades onto the adjacent buildings. 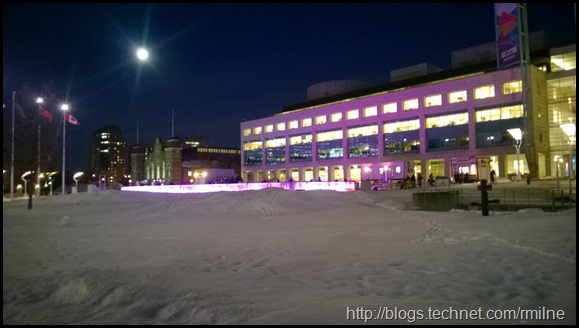 If you click to zoom into the canal picture below, look at the level of the ice compared to the top of the canal bank.  The water is drained in the run up to winter, and the ice is formed several feet below the summer water level.  This was one thing I did not notice the first time I went out, maybe because I was too occupied with trying not to fall over? 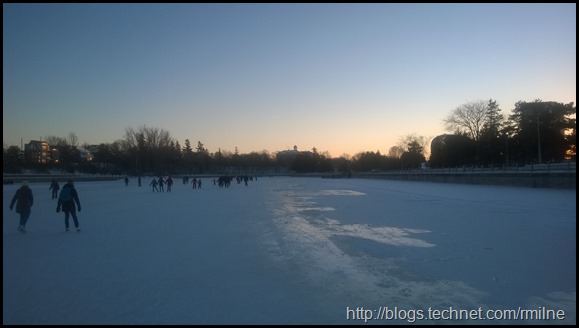 The Rideau Canal (Rideau Waterway) is an UNESCO World Heritage site.  If you manage to visit Ottawa in the summer, watching yachts traverse the series of locks is a great spectacle.

Now for the technical stuff!

Exchange 2013 and Exchange 2010 Coexistence with Kerberos Authentication - beware the prerequisites and review closely.

Why is my Exchange server unhealthy

PowerShell Resources For The Exchange Administrator

How To Maximize Exchange Administrator Productivity With PowerShell–Part 1

How To Maximize Exchange Administrator Productivity With PowerShell - Part 2

How To Maximize Exchange Administrator Productivity With PowerShell - Part 3

PowerShell Quotes – To Expand Or Not Expand, That Is The Question

GTUBE – yes be careful what you search for with this one……..